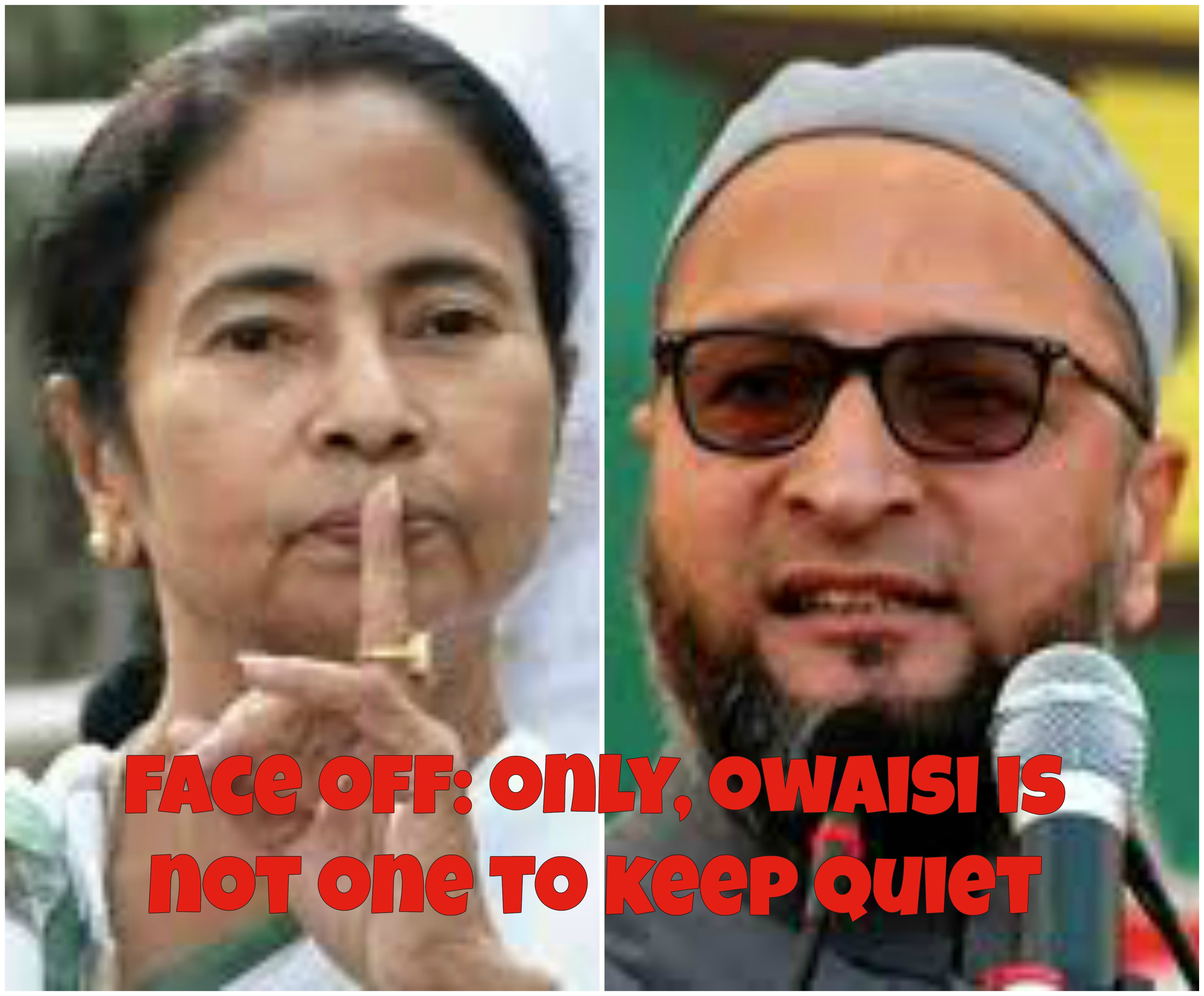 Owaisi Goes After Mamata Banerjee For Accusing Him Of "Minority Extremism"

Owaisi Goes After Mamata Banerjee For Accusing Him Of "Minority Extremism"

West Bengal chief minister Mamata Banerjee, who has for long appropriated to herself the title of the messiah of the minorities, is at the receiving end of minority anger now, at least from that section which she targeted recently. At a meeting in Cooch Behar district of the state, Banerjee said that Muslims should not believe "minority extremists" who have their base in Hyderabad. It was a thinly-veiled attack on Asaduddin Owaisi and his party, the All India Majlis-e-Ittehad-ul- Muslimeen (AIMIM), although Banerjee steered clear of naming anyone.

Owaisi was quick to respond. He asked Banerjee to stop minority appeasement and alleged that Muslims in her state were way behind the rest of the country on almost all social indicators. He accused Banerjee of using the minority vote bank for electoral gains without doing anything for them in return. He also accused the West Bengal chief minister of allowing the BJP to gain a foothold in the state through her wrong policy of vote bank politics. This was one of the strongest criticisms of Mamata Banerjee as far as her secular credentials are concerned.

But why is Banerjee piqued at Owaisi and his party? The reason is not far to seek. Owaisi was for long considered to be a fringe player in minority politics. But the educated and polished politician with excellent oratorical skills is making waves across the country now, with gains in Maharashtra and Bihar. Mamata is especially concerned as his party has won the Kishanganj assembly seat in Bihar as it borders West Bengal. She must have received feedback about AIMIM making inroads in the state too.

Her concern is not misplaced. With the Left parties vanquished and the Congress reduced to some pockets, Mamata Banerjee is banking almost entirely on the consolidation of the Muslim vote to help her stop the charge by the BJP in the state. That is why she and her party have been opposing the NRC tooth and nail. If the AIMIM manages to split even a small percentage of the Muslim vote, Mamata's TMC will be in big trouble. But her choice of words has perhaps landed her in trouble. Owaisi is not one to take such a sleigh lying down. It is now clear that he will exploit her remarks to make further inroads in the state. He will use the allegedly poor conditions in which the Muslims in the state live to tell them not to remain a vote bank for someone who does nothing for them. Even if West Bengal was not on his radar, it will surely be now.