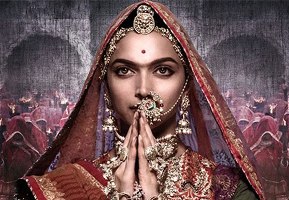 Padmavati to Padmavat: The Government Has to Act Strongly Now

Padmavati to Padmavat: The Government Has to Act Strongly Now

Editor-in-Chief of indiacommentary.com. Current Affairs analyst and political commentator. Writes for a number of publications. View all posts by this Author
Although the CBFC has vetted and passed Padmavati for commercial release, the issue is far from being resolved. The CBFC was very reasonable after its specially formed committee, that included a Rajput royal and an academic historian, found nothing objectionable, inflammatory or derogatory in the film. It suggested that the title be changed to Padmavat in keeping with the makers claim that the movie was not a historical but based on a poem of the same name. It also suggested that the song Ghoomar be modified in keeping with the status of the central character on whom it was filmed. Then, it suggested modifications in several disclaimers and finally it asked the makers to add a disclaimer that by showing jauhar, they were not glorifying sati. For a film that has seen so many protests, these were suggestions which the makers would have themselves done if it had come to their mind. According to CBFC chairman Prasoon Joshi, after watching the film there were wide ranging discussions between the committee members and the CBFC officials and later with the filmmakers. At the end of it all, the makers of the film agreed to incorporate all the suggestions.

But already, reports have poured in that the Rajput Karni Sena, which was at the forefront of the agitation against releasing the film, and other Rajasthan royals are not satisfied with the CBFC decision. Since CBFC has agreed to certify the film once the suggestions are incorporated and since the Supreme Court has pointed out the body is the only authority in this regard, ideally there should not be any more objections. But the issue has all the makings of snowballing into a political issue, with elements of Hindutva and casteism thrown in. Later, who knows, even the Muslims might raise an objection saying that the character of Allaudin Khilji has been derogatorily projected and might induce people to attack the community. All this is being done or maybe done by people who have not seen the film.

The government will have to take a stand. Already, the CBFC has gone out of the way to set up a special committee to vet the film due to the various objections. Now the government will have to be firm and say that it can do nothing about stopping the film once it has been certified by the CBFC. If the government starts listening to each and every pressure group in banning works of art, very soon art itself will die. For, someone somewhere will always raise an objection against any work of art. It is very easy to arouse passions based on hearsay, half-truths, misrepresentations and rumours, which is what these pressure groups do. The government has to tell them that such tactics will not be tolerated anymore and the release of Padmavati  sorry, Padmavat now  should set the ball rolling.