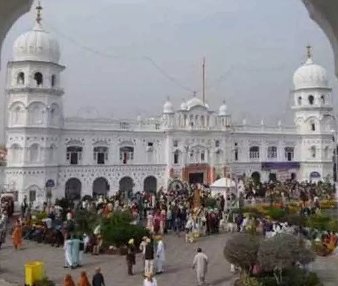 It is surprising that a country that was formed on the basis of religious majoritarianism, that has laws that do not allow non-Muslims to pray in the open or display religious symbols publicly, that does not allow the building of new places of worship for non-Muslim religions, has strict blasphemy laws and other laws that give second-class status to non-Muslims and does nothing to protect the minuscule minority of people following other faiths living there can give lectures to India on protecting the rights of Indian Muslims. In Pakistan, even Muslims like Bohras and Ahmedis are considered non-Muslims and regularly persecuted.

What happened at Gurdwara Nankana Sahib a couple of days ago and what led to it is a clear vindication of the fact that the government and the people of Pakistan want the nation to be free of all non-Muslims. There can be no other explanation of rising incidents of non-Muslim girls being abducted and forced to marry Muslims and vandalism at places of worship of people professing other religions and the government inaction against the perpetrators.

Even before the abduction of the Sikh girl and the resultant dispute and protests by the Sikh community living in Pakistan that led to the attack on the Gurdwara, there had been several incidents where Hindu girls were abducted and forced to marry Muslims. Sometimes, girls as young as 18 or 19 years of age, or even minors, were forced to marry much elder persons. Protests by families were not taken seriously. The order of an inquiry was just for appearance and not much has come out of it. Incidents of non-Muslims, especially Hindus, being forced to convert to Islam are also rising, leading Nand Kumar Goklani, an MP belonging to the Muslim League-Functional, to move a bill against forced conversions. But it is highly unlikely that the bill will ever be passed or even introduced in the Assembly.

Pakistan Information Minister Fawad Chaudhry had recently said that the white in the Pakistani flag represents the minorities and the nation is proud of all colours of its national flag. But the actions of the government do not show its intent in protecting the minorities or make life less miserable for them. Pakistan has to have a zero-tolerance policy against those who carry out such criminal acts against its minorities. But the government there just mouths platitudes whenever such an incident comes to light and never really punishes the perpetrators. That is why these criminals carry out such acts with arrogance and without the fear of reprisal or punishment.