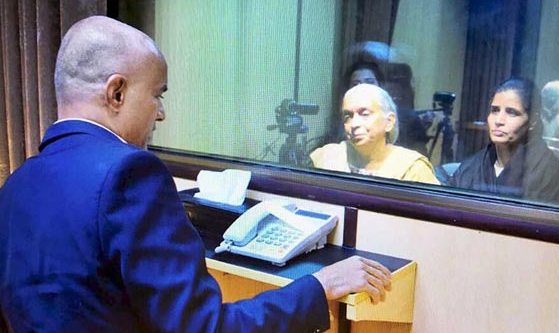 Pakistan is trying to go against international conventions by insisting that any consular access to Kulbhushan Jadhav will be as per conditions set by it. It is also insisting that it will record the meeting of consular officials with him. India has rightly refused to allow this, saying that it wants "unimpeded consular access". Under Article 36 of the Vienna Convention on consular relations, "consular officers shall have the right to visit a national of the sending state who is in person, custody or detention to converse and correspond with him and to arrange for his legal representation".

Unlike Pakistan, who normally refuses to recognize its nationals arrested by India and calls them "stateless actors", India had admitted that Jadhav was its citizen from the day he was arrested. Hence, his case came under the scope of diplomatic relations between the two countries. These relations are governed by the Vienna Convention. Yet, Pakistan chose not to grant consular access, conducted a summary military trial and sentenced him to death. Now, it is even trying to go against an International Court of Justice (ICJ) order and the Vienna Convention by stipulating conditions for providing consular access.

Jadhav has already suffered a lot. Pakistan should immediately let Indian officials meet him without any conditions and arrange for his legal representation. It must then try him afresh in a regular criminal court of the country. The previous trial was a sham and the outcome was a foregone conclusion. Jadhav must be afforded an opportunity to defend himself against the charges. If he is still found guilty, the law must take its own course. But if Pakistan does not conduct itself in an internationally-accepted, transparent and aboveboard manner now, India will have to approach the ICJ again. Since Pakistan is breaking international conventions and going against its orders, the ICJ is most likely to cancel Jadhav's sentence and order his immediate release and handover to India.