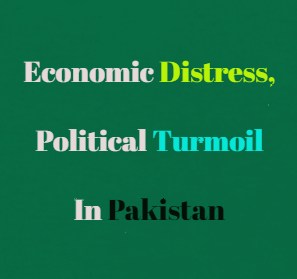 Political And Economic Turmoil In Pakistan Is Not Good For India

Political And Economic Turmoil In Pakistan Is Not Good For India

The scenario in Pakistan is turning from bad to worse. If it was not enough for India to have a neighbour that was suffering from economic distress and political scheming, the decision of the federal assembly Speaker to declare the no-confidence motion against Prime Minister Imran Khan illegal, allow Khan's decision of dissolving the assembly and calling for elections has thrown the country into a period of uncertainty. This is not good for India as a politically stable Pakistan under a mainstream party is more likely to keep the terror groups in check and reduce the possibility of an enhanced proxy war with India. If Khan is able to have his way (Pakistan's Supreme Court is involved and is hearing matters related to the conduct of the Speaker and may not allow the dissolution of the assembly and may order the holding of the no-trust vote) and if elections are held, the next government might consist of a coalition of smaller parties (many of which are headed by known India-baiters and hardliners) who are more likely to engage India in a conflict over several issues.

Further, despite what the Pakistani army chief General Bajwa recently said about negotiations being the only way to solve pending disputes with India, there is no denying that Pakistani army will continue to covertly (due to the FATF sword dangling over Pakistan's head) support the terror groups as it is the only way they can control the political class. Also, it is just a matter of time before, despite his audacity in trying to spurn a political coup engineered by the army, Khan is replaced as prime minister. The generals always like to deal with a regime that they can control and Khan has become dispensable as he is not listening to them any longer. But with the Chinese infrastructure investments not yielding the desired results and the Pakistani economy reaching a dangerously low level, the political and economic turmoil can spell disaster for the country. That would be dangerous for the overall security concerns of the region and India will also be impacted.