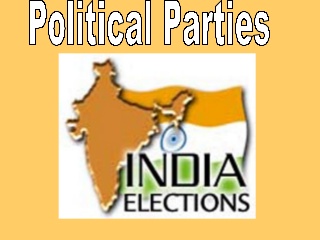 Political Parties: Ending I-T Exemption is Not the Way

Political Parties: Ending I-T Exemption is Not the Way

Editor-in-Chief of indiacommentary.com. Current Affairs analyst and political commentator. Writes for a number of publications. View all posts by this Author
The Supreme Court correctly refused to do away with the income tax exemption granted to political parties on their income. The reason stated was that no laws of the land are broken in granting such exemption. But otherwise too, the way to stop or prevent political corruption is not by withdrawing the income tax exemption. It is by introducing reforms in political funding laws and electoral practices laws.

As of now, political parties can accept donations from any or everybody in cash up to a ceiling of Rs 20000. This limit is granted to them without cross verification. They need not produce the address or the PAN number of the donor. This is a major loophole. Parties accept cash donations in crores. They just break the amount into multiples of Rs 20000 and enter them in their books of accounts in the names of the thousands of members they have. No laws are broken, no questions can be asked and no answers are ever provided by the parties themselves.

Then, recently the Election Commission (EC) disclosed that out of the over 1900 registered political parties in India, more than 400 have never fought an election. Since they are entitled to income tax exemptions, these parties have become the conduit of turning black money into white. It will not be a surprise if some of these parties are operated by the kith and kin of major political leaders. The EC has begun the process of delisting such parties.

The need is to prevent the parties from putting money generated through corruption into their party funds. It is no secret that parties that helm the government often receive kickbacks that are then put into the party fund through the less than Rs 20000 route. This limit should be restricted to just Rs 1000 and anything above this must be accepted through banking channels. Although it might not eliminate wrongdoing totally, it will bring it down several notches. Once that is done, other means of eliminating it totally can be looked into.