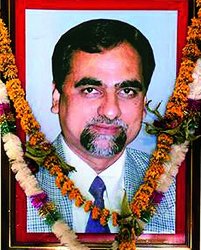 View all posts by this Author
The Supreme Court has ruled that Justice Brijgopal Harkishan Loya died of natural causes as per evidence on record and has termed that it was scandalous of people to cast a doubt on the integrity of the court. It has also come down hard on those who file frivolous PILs, saying that a tool that was designed to provide justice to the weak and the powerless is being misused.

The facts of the case are simple. Justice Loya was hearing the Sohrabuddin alleged fake encounter case in which BJP president Amit Shah was one of the accused. He went to Nagpur for the wedding of the daughter of a fellow judge. After the wedding, he suffered chest pain early in the morning. He was first taken to small facility nearby where an ECG showed cardiac problems. He was shifted to a bigger facility where all medical protocols of such emergency were followed but he could not be saved. With him at that time were a local judge and the Deputy Registrar of the Nagpur bench of Bombay High Court. Later, two sitting judges of the Bombay High Court also went to the bigger hospital where Justice Loya breathed his last. These persons have provided detailed accounts of the sequence of events and they say Justice Loya died of cardiac failure. His autopsy report, post-mortem report and ECG findings all collaborate this.

Yet, politically motivated people allege foul play. So should we believe them, or should we believe the reports and the testimony of judicial officers who were with Justice Loya when he died. Much is being made of the fact that Justice Loyas family believed that his death was not natural, implying that he was murdered. Rumours are also afoot saying that Justice Loya was offered Rs 100cr to let Amit Shah off the hook in the Sohrabuddin case. But the family has already said that emotional turmoil following his untimely death led them to make unverified allegations. They have said that they have no further doubts.

The Supreme Court has taken cognizance of the fact that Justice Loya was accompanied to the hospital by two judicial officers of integrity. It found no cause to suspect their testimony or cast aspersions on them. The court also found no reason to junk the medical reports submitted before it. Just because Justice Loya died when he was the presiding judge in a case in which Amit Shah was an accused does not necessarily mean there was foul play involved. The Supreme Court is right in saying that it is scandalous to assume that.