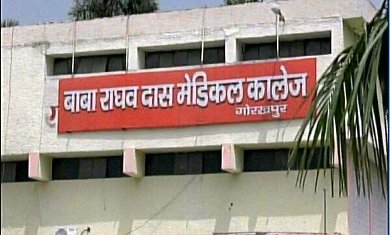 Politics Over Tragic Deaths of Babies

Politics Over Tragic Deaths of Babies

Editor-in-Chief of indiacommentary.com. Current Affairs analyst and political commentator. Writes for a number of publications. View all posts by this Author
It is sad that politics is being done over the dead bodies of children. The fact is that more than 70 children died within the space of 5 days at the B R D Medical College Hospital in Gorakhpur. Some of them might have died due to disruption in supply of oxygen to the hospital as the dues of the vendor had not been cleared, although the state government denies this.

But as soon as the tragedy occurred, two themes emerged. In the first, it was alleged that payment to the vendor could not be made since the state government had not released the funds to the hospital. In the second, it was demanded that the state health minister and even the chief minister should resign. The first has been proven wrong by administrative records that show that funds were released as early as 5th of August. The second has become such a crude demand that it has lost its effectiveness.

Death of children in any hospital anywhere in the world is a tragedy. Similar deaths had occurred repeatedly within a gap of few years at the B C Roy Hospital for Children in Kolkata. First, in 2002, 18 babies died in 4 days. Then 13 died within 2 days in 2011 and finally 35 died in five days in 2013. In 2002, the Left ruled Bengal and in both the subsequent years the government was run by TMC. This is not to condone the lapse on part of the administration in UP or to support the Adityanath government in any way, but tragedies like this need to be probed, as was done in West Bengal, to take corrective measures. But the cacophony of allegations against the UP government show that people want to hit below the belt.

Those who understand how things work in government departments would agree that corruption plays a big part in the whole supply chain  from getting registered, then getting orders, getting the supplied materials passed and finally getting the payment released. But it is often seen that even though payment gets delayed, vendors do not miss on supplies as if they are blacklisted once, then it becomes tough for them to do business with any government department. Hence, it is surprising that the Gorakhpur vendor disrupted supplies over payment issues.

Maybe someone tasked with making the payment demanded more than what is normally given in such cases. Maybe the vendor himself faced disruption in supplies. These are just thoughts. But the hospital administration was at fault for not having anticipated shortages  especially in a facility where so many babies are treated. It should have made alternative arrangements. Every hospital has a contingency fund for such emergencies and is allowed to make on the spot market purchases (without the tender process).

The UP government must ensure that a fair and detailed probe is carried out. There are shortcomings in the supply chain process. They should be rectified. Corruption must be rooted out. If there are issues with sanitation and general upkeep of the hospital, then that should be addressed soon. People come to hospitals for treatment. If dirty facilities make them sicker, or even kills them, what is the use of having such hospitals? Leaving aside the political drama, the UP government must come out with a detailed report on what really happened.