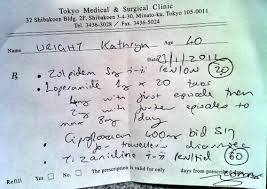 Editor-in-Chief of indiacommentary.com. Current Affairs analyst and political commentator. Writes for a number of publications. View all posts by this Author
The High Level Expert Group on Universal Health Coverage of the erstwhile Planning Commission had recommended five years ago that it should be made mandatory for doctors to prescribe medicines by their chemical names instead of brands. The government is now considering notifying the same. If this happens, it will be in line with what is being followed in all major countries (see accompanying picture).

In India too, this matter has been taken up several times. But each time, the strong drug lobby has scuttled the idea. In the process, branded drugs, which are priced much higher than their generic versions, continue to be prescribed by doctors and patients are made to spend much more. It also gives rise to unhealthy competition between drug companies which leads to corruption as doctors are lured into writing particular brands through payment of cash and other incentives by these companies.

Two things need to be kept in mind before generic names in prescriptions are made mandatory. One, the quality of drugs manufactured by small companies need to be thoroughly monitored. It is rumoured that most of these companies reduce the dosage â for instance, only 400mg of the drug is provided in a tablet marked for 500mg. Further, distribution and availability has to be spruced up for it to benefit the common man. Otherwise, even if the doctor prescribes medicines by their generic names, chemists will continue to push branded products as drug companies will incentivize them instead of the doctors.

In this regard, the governmentâs initiative to strengthen the Jan Ausadhi outlet network is welcome. But it needs to be kept in mind that the earlier effort to establish such stores had failed miserably as just a few states had really taken interest in the same. Apart from Jan Ausadhi outlets, local chemists should also be made part of this initiative. If brands are not prescribed, distribution and publicity costs of most big drug companies will come down drastically. If this cost is passed on to the customer, drug prices will come down without affecting the profitability of the company. Apart from unscrupulous doctors, it will be a win-win situation for all.