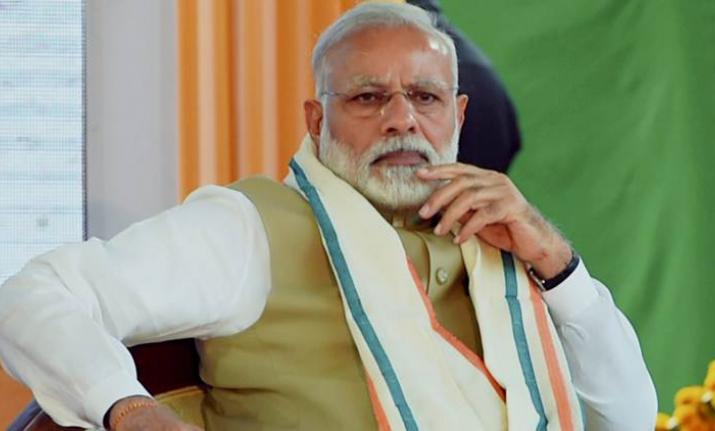 Prime Minister Modi's Stern Acknowledgment Of The Gravity Of The Situation

Prime Minister Modi's Stern Acknowledgment Of The Gravity Of The Situation

Indians have now got to stay at home till April 15. Prime Minister Modi addressed the nation at 8 pm today to announce that the entire country was being put under lockdown from midnight tonight for 21 days. He informed the nation that according to the study of measures adopted by countries where coronavirus was most active for the last two months and on the advice of health experts across the world, social distancing was the only way to stop the spread of this disease by breaking the chain of infection. With folded hands, the Prime Minister asked all Indians to support the initiative of the government by remaining at home. He asked them not to believe in rumours and told them that taking medications without the advice of doctors can put their lives at great risk. He cited WHO figures to show how fast the virus spreads by informing that while the first one lakh got infected in 67 days, the next one lakh were infected in just 11 days and the next in just 4 days.

In his own inimitable style, Modi said that Indians should think that a Lakshman Rekha had been drawn across the gates of their homes and they should not cross it for the next 21 days, come what may. This, he said, was the only way to ensure the safety of all Indians. He reminded them that the life of each and every Indian was precious and whatever steps the government was taking was to ensure the well being of its citizens. He forcefully said that if Indians did not give him the 21 days he was asking for, it will take them and the nation back by 21 years. He thanked them for ensuring that the janta curfew he had asked them to observe on March 22 was successful but he reminded them that the war had not been won and it will not be won if all Indians did not stay put at their homes for the next 21 days. He also told the countrymen that although it was a lockdown, it was like a curfew and more stringent than the janta curfew. He also thanked them for following his advice and appreciating the efforts of those working tirelessly in healthcare, sanitation, media or other essential services by clapping, clanging on thalis or ringing bells and asked them to continue thinking about these workers and applaud them.

The Prime Minister's address was reassuring and informative. It placed the gravity of the situation before the citizens in no uncertain manner. It was reassuring because, as Modi said, his government and all state governments along with local bodies and civil society were working round the clock to ensure the safety of every Indian citizen. Perhaps, he can be faulted for only two things. First, although he touched upon the fact that there would a huge economic cost of the crisis, Modi failed to make any big announcement for a relief package. Earlier in the day, finance minister Nirmala Sitharaman had announced certain measures but they were more like technical relief in terms of extending dates for filing IT and GST returns and ATM withdrawals and minimum balance in bank accounts. It was expected that the core financial package would be announced by the Prime Minister. But Modi did not announce any relief package. Maybe it is still being worked out and will be announced in a few days. Then although he said that supply of essential services will not be disrupted, he failed to say how people will go out to buy essentials when he had drawn a so-called Lakshman Rekha at their gates. Maybe that too would be announced by the government later.

Indians should now brace for an extended period of self-isolation. As the Prime Minister said it was to keep each individual and each family safe. But if they stayed home, they would ensure that the chain of infection is broken and that would ensure the safety of the community and the nation. People should heed the Prime Minister's advice and remain at home for the next three weeks. It will be tough for some, but there is no alternative.