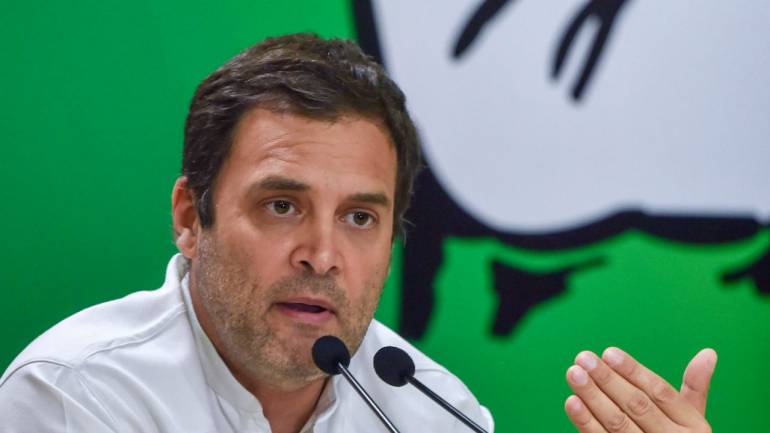 When the heir apparent of the largest opposition party in India says that his party is just supporting the government in Maharashtra and is not a key player there, what should the people take it to mean? At best, it can be seen as an attempt by the Gandhi scion to allow the party to wash its hands off the coronavirus debacle in the state. At worst, it shows that Rahul Gandhi and the Congress are not great alliance partners as they are unlikely to take an equal share of the blame when something goes wrong.

Although the chief minister is from the Shiv Sena and the deputy chief minister is from the NCP, the Congress had agreed to be a part of the government after wrangling for and getting several key ministries. In any case, the success and the failure of an alliance government are collective if major partners are all equally placed. The Shiv Sena had got 56 seats with 16.41 percent vote share, the NCP 54 seats with 16.7 percent and the Congress 42 seats with a 15.9 percent vote share. Since all three parties were almost equally placed, they had formed an alliance after weeks of tough negotiations. Hence, saying that his party is not a key player will not absolve the Congress for its share of the blame.

To put it mildly, the government of Maharashtra has been inept in its handling of the Covid-19 situation. The situation is turning alarming with the state accounting for 36 percent of the total cases in India, 44 percent of the currently active cases and 41 percent of the deaths arising out of the disease. Its recovery rate is just 30 percent, much lower than the 41 percent achieved nationally. Mumbai has become the new epicentre of Covid-19. The Shiv Sena removed Brihanmumbai Municipal Corporation (BMC) commissioner Praveen Pardeshi on May 7 but by then it was too late.

The figures say two main things about Maharashtra's handling of the pandemic. First, it has not been able to stop the rapid spread of the virus. Second, the medical facilities and the handling of the patients have been below par, resulting in a lower rate of recovery. It is a collective failure of the Maha Vikas Aghadi government in the state and the Congress is equally responsible for it.