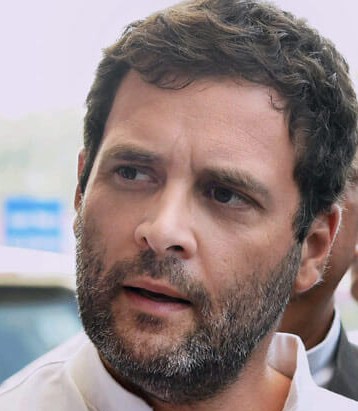 Rahul Gandhi Deserves It, Fashionable or Not

Rahul Gandhi Deserves It, Fashionable or Not

Editor-in-Chief of indiacommentary.com. Current Affairs analyst and political commentator. View all posts by this Author
The truth is out in the open. The Congress party does not think that Rahul Gandhi is the best man for the top job, but tolerates him as he is the biggest binding factor. So the party thinks that with anyone else but a Gandhi at the helm, the Congress will no longer be a party as we know it. This fact is known to all, but it was not admitted till now. But Renuka Choudhary let the cat out of the bag when she said that it has become a fashion to bash Rahul Gandhi. Rahul Gandhi must not step down. The Nehru - Gandhi family is the biggest binding factor for the Congress.

But shouldnt Congress leaders ask themselves whether the country needs a leader who can bind the Congress party or a leader who can bind the country? Rahul Gandhi has displayed zero talent in the latter direction. Maybe the Congressis can fall at his feet and ask him to go on so that they have a party, but the people of the country have rejected him continuously since 2014. How many more chances does he want? More importantly, how many more chances will the spineless Congress leaders give him? He will bind the party when there is a party  at the rate they are going; it seems there will be no party after 2019.

There is an old truism of marketing that says that however good your advertising might be, in the end the product has to be good for sales to happen. The advertising can create sales, it cannot create the product. Rahul Gandhi as a product is basically unworthy of the high office he is aiming for. Hence, Prashant Kishor cannot create Rahul Gandhi. He has to make himself worthy enough for Kishor to sell him to the people. Apart from criticizing Narendra Modi and his policies, Rahul Gandhi has done precious little that can repose the peoples faith in him.

The Congress had made its biggest blunder 13 years ago. If UPA 1 was ushered in with Pranab Mukherjee as prime minister, Manmohan Singh as finance minister and P Chidambaram as commerce & industries minister, the story would have been different. But Sonia Gandhi needed a goonga gudda and Mukherjee could not be trusted. In the event, she reduced Manmohan Singh to a caricature. The second big mistake was not inducting Rahul Gandhi in the ministry. In an age when even family held businesses are inducting heirs apparent in the lower rungs of the corporate hierarchy and letting them move up on the job, Rahuls insistence on not taking up a ministry cost him dear. Like the Modi jibe about being born with a silver spoon, people too have started believing that Rahul wants everything on a platter.

But the days of introspection are over. Rahul Gandhi has to move fast if he has any political ambitions. Waiting for Narendra Modi to make a mistake will be foolish. For, Rahul thought his day had come when demonetization was announced. He hoped to cash in on the supposed public anger over the move. But there was no anger. Hence, instead of reading Left-liberal views, Rahul should sit down with party leaders and develop a strategy.

He had once advised Modi to learn from Manmohan Singh. The time has now come for Rahul to take classes from Singh and other experienced leaders in the party instead of fooling around with his coterie and the likes of Kishor and Robert Vadra. The trolls are having a great time on twitter and the memes and jokes are getting worse on social media. There is whole industry out there that finds him a very engaging subject.

He can make the structural changes in the party if he can (his father Rajiv, despite making a rousing speech about power brokers and how they needed to go if the Congress was to become stronger, could do nothing), but the fact is that the Congress culture does not like changes. The Congress needs to be held by the scruff of its neck and given a strong shakeup. But one feels that Rahul Gandhi is not the man who can do it. He has neither the charisma nor the ability. As for the binding factor, havent Congressis heard of Fevicol?