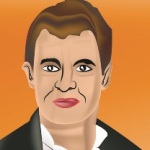 Rahul Gandhi has said that Prime Minister Modi is "sleeping at the wheels" while the economy totters and the country is grappling with the coronavirus crisis. He has also said that the Finance Minister Nirmala Sitharaman "does not know anything about the economy". How has the Gandhi scion arrived at this conclusion? Has he completed his Ph.D. in Economics or did the Almighty let him know the secret in one of his daydreams?

Rahul Gandhi refuses to acknowledge that there is a global slowdown and all economies of the world have been affected and the coronavirus is now a WHO-certified global epidemic. The government is doing its best by taking quick and pertinent decisions to contain the virus. Among the measures taken are canceling the visas of foreigners for one month, advising organizations not to hold mass gatherings (the Prime Minister set the example by not taking part in any Holi celebrations this year), keeping isolated beds ready in government hospitals across the country for positive patients, bringing back Indians stranded in infected areas abroad and keeping them quarantined before letting them go, publicizing the ways in which people can avoid being infected with the virus and keeping educational institutions and other places of mass gatherings closed for a period of time in highly susceptible places (like Delhi). If Rahul Gandhi knows more ways that can be used to contain the spread of the virus, he should come forward with his suggestions in the national interest instead of being a crybaby.

As for the economy, the government has initiated several measures, before and after as well as in the Budget, that are designed to boost sentiment and increase both investment and demand. But it is being constrained by the paucity of funds. Tax collections are low but are increasing slowly. Inflation has come down this month and factory output has also expanded by 2%. These are positive signs. Also, the drop in Brent crude prices would leave a lot of money in the hands of the government and that will allow it to invest in infrastructure. But the economy is not expected to recover in the first quarter of the next financial year mainly due to the disruption caused by coronavirus. If the stock markets are crashing, it is not because the fundamentals of the Indian companies have deteriorated overnight. It is just because markets all over the world are jittery due to the slowdown in business expected because of the rapid spread of coronavirus. Even an economics student will know that. Yet, if Rahul Gandhi has some better ideas, he should express them. He should recognize that the Prime Minister is not sleeping at the wheels and the government is not shying away from taking tough decisions in these trying times.