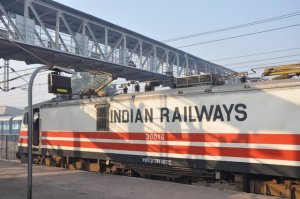 Railways Need a Shot in the Arm

Railways Need a Shot in the Arm

Editor-in-Chief of indiacommentary.com. Current Affairs analyst and political commentator. Writes for a number of publications. View all posts by this Author
As Suresh Prabhu readies the Railway Budget for 2015, he faces a host of difficulties. He is new to the job, having been appointed in November 2014. Plus, he faces an acute financial crunch Ã¢â¬" he needs nearly Rs 2 lakh crore just to fund the pending projects. Finally, the option of across the board fare increase needs to be curbed due to political considerations.

Against this background, it is certain that the minister will look to raise funds from budgetary support from the main budget and joint ventures with the private sector. While the former is not advisable as it puts unnecessary strain on the countryÃ¢â¬â ¢s resources, the latter will be a welcome move. The Railways present a gigantic Ã¢â¬" and profitable Ã¢â¬" business opportunity for the countryÃ¢â¬â ¢s private investors. If projects are envisaged with commercial viability and the private players can expect a reasonable return, there will not be a dearth of funds. But the problem is that the Railways often take up projects out of populist thinking. These projects drain the resources of the organization and will not attract private investment.

Another long term overhaul suggested by many experts, including the Economic Times, is to spin off the Railways into several independent corporations like the Konkan Railway Corporation Ltd. with a road map to privatize the same through sale of shares to the public. That would bring in much needed cash for the utility.

For the present, the minister should eschew populism and try and run a tight ship. There are several areas that can bring in cash. For instance, the Railways are sitting on acres of prime land. These should be put to optimum use through development through joint ventures. Even at stations, the retiring rooms are huge and ungainly. They should be redesigned to make them modern and an aggressive campaign should be made to ensure full use. There are several ways that the Railways can earn money apart from its core business. They should be explored in full. For this, out of the box thinking is required. The minister should involve domain experts from all over the world to turn around a utility that has maximum assets and is the biggest employer in India.