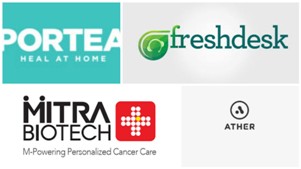 Post graduate student of Calcutta University. Aspiring economist. Budding writer. View all posts by this Author
The role of startups in the development and growth of Indias economy is immense. By the end of 20 15, India ranked third in the world in terms of number of startups in a study by industry group NASSCOM and Zinnov, considering current events and future trends. Though a huge number of Startups compete to enter the market, only few make it big. In recent time, the Prime Minister launched the Startup India campaign to encourage and provide incentives to the newly ventured companies. Startups face a lot of struggle and risks given the structure of the market. Most of the companies fail because of faulty business model, lack of funds, competition, mismanagement and other factors. However, a few survive and continue to thrive. The Economic Times started startup awards in eight categories to recognise Indias future economic engines and encourage the entrepreneurs.

The most important factors for a startup are innovative ideas, strong business model and scalability. This is where the award winning companies have stood out. A company named Mitra Biotech with a patented technology platform, Canscript, and a novel vision of personalised cancer care, won award for the top innovator. The jury consisted of some popular names in the fields of business and start ups, like Sachin Bansal (Executive Chairman of Flipkart) and Rajan Anandan (Managing Director Google-India and South East Asia). It was chaired by Nandan Nilekani. The most important factor the jury was looking for was the quality of being a role-model for young Indians dreaming to venture out. The best on campus award, recognised some brilliant ideas coming from college campuses. The winner of this category was Ather Energy which started in IIT Madras with a vision to build a smart electric scooter. Indias two leading entrepreneurs, Sachin Bansal and Binny Bansal backed the company as angel investors. Ather Energy came out with a prototype of the scooter also which is ready for production by a Bangalore based company. Other strong contenders included De Tect Technologies which came up with detecting gas leaks using ultrasonic waves, and Inshort mobile app for news in 60 characters. However, the winning companys brilliance of combining mechanical engineering, computer science and battery technology grabbed the attention of both investors and the jury.

The comeback kid awards whole idea was to recognise the fighting spirit of some people who didnt give up in spite of the struggle they faced. The winner of this category, Kunal Shah, is a true inspiration for young people and fits to be a perfect role model. He abondoned CEO position to attract top talents to his company. Meena Ganesh won award for the Women Ahead category. She is the cofounder of healthcare start up Portea Medical and an ideal role model for young women entrepreneurs. The startup of the year award acknowledges breakthrough innovative ideas and the potential of the company to make it big. The winner is cloud based customer engagement software maker Freshdesk. The company showed appetite for speedy growth and development more than other companies. Freshdesk also acquired 5 companies in the previous year.

Though the startup revolution in India is comparatively new, it will play a major role in future growth of the country. So it is necessary to create some role models for young entrepreneurs and give encouragement in various forms to the newly ventured companies. The Startup India campaign by the government will provide incentives to young companies and awards by leading groups provide encouragement. Young startups can learn from the role models selected by the jury and not be afraid to take risks. This will help the companies themselves and the economy also in the long run.