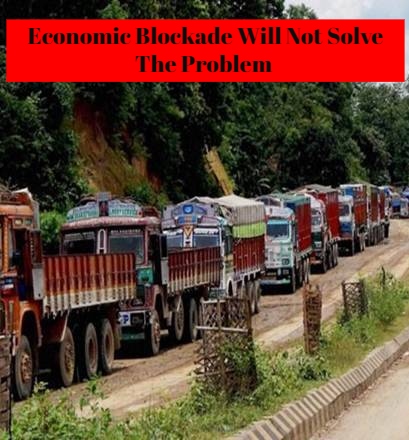 Revenge Is Not The Way To Solve The Dispute

Revenge Is Not The Way To Solve The Dispute

It is regrettable that Assam is not lifting the alleged blockade imposed against Mizoram for the border scuffle even after 48 hours and the Central intervention asking the two states to resolve the issue through dialogue. Mizoram is a land-locked state and the road and rail routes through Assam are its lifeline. Hence, whatever the dispute, Assam should not (and the Centre must ensure that it must not) indulge in such economically debilitating 'revenge'. The issue needs to be resolved through multiple channels but strong arm and disruptive tactics cannot be accepted.

It is also surprising that even after the Centre asked the chief secretaries and DGPs of both states to deploy Central (neutral) forces in the troubled areas, neither state withdrew its forces till late at night. With both states holding on to their respective positions regarding the rights of the disputed territory, the dispute is unlikely to be resolved without Central intervention. The Centre must apply its mind and resolve the border dispute, not just between Assam and Mizoram but between all the north-eastern states, permanently to ensure that such flare-ups do not recur.

For the present issue not to get out of hand Assam must lift the alleged blockade immediately and Central forces must be deployed at the flashpoints. The two sides must be made to sit across the table and a permanent map demarcating the border must be drawn. Once that is done, all previous maps must be declared null and void. At the same time, physical markers must be placed on ground to prevent any chance of ambiguity. If this is not done, there will be more future disagreements and the problem will continue to fester.