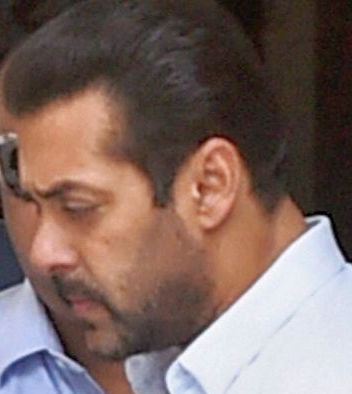 Salman Khan: The Law Is A Great Leveler

Salman Khan: The Law Is A Great Leveler

Editor-in-Chief of indiacommentary.com. Current Affairs analyst and political commentator. Writes for a number of publications. View all posts by this Author
Jodhpur District Judge Devkumar Khatri has found actor Salman Khan guilty of killing a protected species of black buck in 1998. He has been fined Rs 10000 and sentenced to 5 years in prison. The other accused in the case, actors Saif Ali Khan, Sonali Bendre, Neelam and Tabu, have been acquitted. Salman can appeal against this order. Meanwhile, he has been sent to Jodhpur Central jail. His bail application will most likely be heard tomorrow.

With this, all cases in the infamous poaching case of 1998 have been decided. In the earlier two cases, while the trail court had found the actor guilty, the verdict was overturned by the Rajasthan High Court. In this case too, Salmans lawyers have been arguing that no bullet was found on the dead bucks. They have also alleged that the prosecution had resorted to various malpractices in trying to prove their case. All these matters will be argued in the appeal with the high court.

Meanwhile, the decision has shown that the law is a great leveler. A rich man, a celebrity and a commoner are same in the eyes of law. While Salmans lawyers pleaded for probation, the judge did not budge. Obviously it would have sent a wrong signal if the actor was sentenced and then released on probation. If he had committed the crime, which the court thought he had, he should have been punished regardless of his status. No leniency could have been shown just because he is a celebrated actor.

By all accounts, Salman Khan seems to have two strands in his life. There are scores of people in the film industry and outside who swear by his honest, helpful and charitable nature. Many actors say they owe their careers to him. He also runs the charity Being Human. On the other hand, his run-ins with the law are equally famous. He was involved in a hit-and-run case, although he was acquitted by the Bombay High Court. There were rumours about ugly fights with girlfriends with whom he had split. He was also charged with keeping and using arms whose licenses had expired. It is very difficult to put a label on Salman Khan. Is he a well-meaning hero ready to help others or a person with a short fuse having a tendency to break the law?