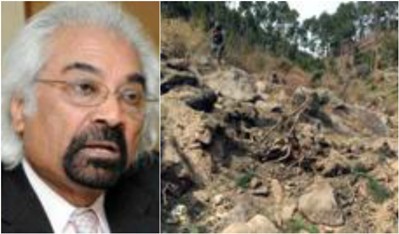 Holding an extreme view and carting the ball out of the park is what interests him most. He is a hard hitter at all times. Fasten your seatbelts and read. View all posts by this Author
Sam Pitroda is being more loyal than the Prince. He has said that he didnt know much about the Pulwama attack but it happens all the time, attack happened in Mumbai also, we could have then reacted and just sent our planes but that is not right approach. According to me thats not how you deal with world. He further said that eight people(26/11 terrorists) come and do something, you dont jump on entire nation(Pakistan). Naive to assume that just because some people came here & attacked, every citizen of that nation is to be blamed. I dont believe in that way.

It is good that Pitroda or the president of the party he represents do not run the government. Otherwise, after Pulwama, they would have said there is nothing to be done as attacks happen all the time. So we should just sit back and wring our hands and allow Pakistan to carry on with its proxy war against the country. Congress and its apologists have not understood the mood of the nation and are alienating themselves from the people by being the advocates of terrorists.

Pitroda has little understanding of what happened when India retaliated by striking at the Jaish camp in Balakot. He says we should not have jumped on an entire nation for the action of eight people. But did India jump on the entire nation? Did Indian planes bomb any civilian or military area in Pakistan? India just bombed a few terrorist camps where jihadis were being trained and brainwashed into believing that they should go and kill people in India.

When almost the whole world has recognized Indias right to retaliate against terrorists being sheltered across the border, apologists of the Congress party are trying to say that we are retaliating against the whole of Pakistan. This is false propaganda. Indian security doctrine has changed. The government has reiterated that it will not sit and wring its hand every time terrorists attack India. They will be identified and liquidated even if they are in camps across the border. The Congress party and its apologists would do well to understand this and stop behaving like agents of terrorists.