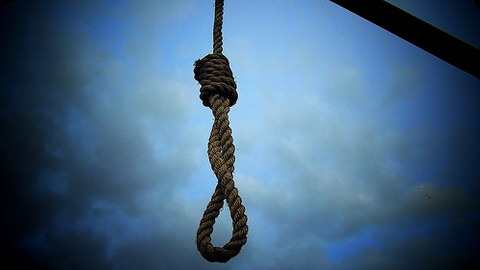 Editor-in-Chief of indiacommentary.com. Current Affairs analyst and political commentator. Writes for a number of publications. View all posts by this Author
Does a person lose his right to life with dignity and access to legal aid the minute his death warrant is signed by a court of law? The Supreme Court does not think so. The apex court rightly said that due process of law should be followed in all such cases as the signing of the death warrant does not mean the convict will eventually be hanged. For, he has the option to file a review petition in the Supreme Court and then ask for mercy from the state Governor and failing that, the President.

In the case of the couple Shabnam and Saleem, although the court had earlier upheld the death penalty for the couple who were accused of murdering 7 members of the girlÃ¢â¬â ¢s family, including a 10 month old child, it stayed their sentence as the Sessions court in Amroha district of UP did not follow procedures and guidelines in signing the death warrant.

The lower court threw all judicial norms and detailed guidelines laid down by both SC and the Allahabad HC to the wind and signed the death warrant in a record six days after the SC judgment upholding the death sentence. The norm is to wait for at least 30 days to give the convicts time to seek judicial remedy available to them.

The Supreme Court was also of the opinion that dignity should be accorded to death row convicts. If they are not able to arrange for legal assistance, the same must be provided by the court. They must be allowed to meet family members. The Court was of the opinion that convicts should not be hanged secretly and in haste.

It is surprising that the Amroha judge signed the death warrant despite the guidelines. Either he was not aware of the same or chose to ignore them. Both ways, he has showed tremendous incompetence and should be taken to task for it. There is a famous saying that ignorance of law is not an excuse for committing a crime. This applies to the layman. But what is the remedy if a judge displays such ignorance of law and legal procedures?