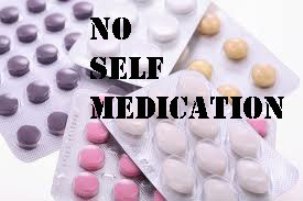 Editor-in-Chief of indiacommentary.com. Current Affairs analyst and political commentator. Writes for a number of publications. View all posts by this Author
Indians are becoming resistant to antibiotics. That means that most antibiotics prescribed to treat diseases are not working. This is largely due to self-medication and consequent abuse of antibiotics and sometimes due to either prescription of faulty dosage by doctors or the patient not completing the full course prescribed. Self-medication is rampant and pharmacies across the country are guilty of dispensing medicines, including antibiotics, without prescriptions and in quantities that do not match standard dosage. This is being done despite posters warning patients about the ill-effects of self medication and random use of antibiotics without consulting a doctor.

In order to stop this abuse, the government, through the Drug Controller General of India (DCGI) has directed pharmaceuticals companies to clearly mark antibiotic tablets, capsules, syrups and drops by placing a 5mm red band on the left side of the package. The pharma companies are up in arms against this directive as they feel that this will reduce sales. But are antibiotic sales across the counter are not good even for the companies as after a while, the very same drug becomes ineffective and useless. Hence, there should be strict monitoring on the prescription and sale of such drugs.

Drugs are classified as per different schedules and only drugs specifically mentioned in Schedule K can be sold over the counter to anyone without a prescription. All other drugs require a prescription and drugs under Schedule G need the warning "Caution: It is dangerous to take this preparation except under medical supervision" displayed prominently on their labels. Schedule H and H1 drugs cannot be sold without a doctors prescription and must carry the prefix Rx above their name and a warning "Schedule H (or H1) drug. Warning : To be sold by retail on the prescription of a Registered Medical practitioner only." Some Schedule H or H1 drugs might come under the purview of Narcotic Drugs and Psychotropic Substances Act, 1985. Then there would be NRx above the name and along with the warning as in case of H or H1 drugs. In case of Schedule X drugs, all conditions of H and H1 will apply but additionally, the chemist is expected to retain the prescription for two years and keep such drugs under lock and key.

But these conditions are never ever enforced in chemist shops in India. Antibiotics and other drugs are sold randomly, without prescriptions and in various quantities as per customer choice. In his book The Ethical Doctor, Dr Kamal Kumar Mahawar laments that most medicines in India are dispensed like groceries by low paid workers with no real knowledge of pharmacy. Pharmacy owners do not think twice before putting the patients health in peril by allowing self medication and sometimes they themselves turn doctor to advise them on common ailments, which is a dangerous trend.

Hence, apart from having a red band on packing (which is there in any case on most scheduled drugs), the government needs to ensure several things. Firstly, all antibiotics have a set course of so many tablets per day for so many days. It must be ensured that these are packed as per their course dosage and chemists are not allowed to sell them loose. Secondly, there should be a random check on doctors prescriptions where it must be monitored whether doctors are prescribing correct dosages of antibiotics. Thirdly, it should also be monitored from the prescriptions whether doctors are prescribing antibiotics unnecessarily. Lastly, random checks should be made on chemist shops and if any loose antibiotics are found, they should be heavily penalized, with cancellation of license of repeat offenders.

If stringent measures are not taken now, many, even common, diseases will become incurable in most patients in India despite the existence of known antibiotics simply because some Indians would have abused those antibiotics to such an extent as to make them ineffective. A person indulges in self-medication only because he or she knows that the medicine is easily available. Once medicines are dispensed only on producing doctors prescriptions, the patient will have no choice but to consult a doctor. That would make him use drugs in their correct dosage and effectiveness. Drug resistance will be eliminated and he would lead a healthier life. All concerned, including drug companies, have a responsibility in this regard and their protest against the red band stipulation is unethical.