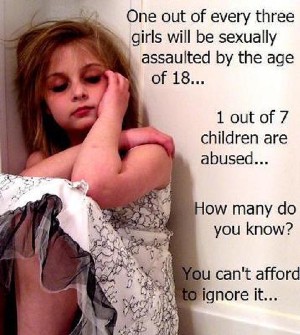 Editor-in-Chief of indiacommentary.com. Current Affairs analyst and political commentator. Writes for a number of publications. View all posts by this Author
It is strange how even judges designated in special courts to preside over a particular Act make errors of judgment. Judge S K S Rizvi of the special POCSO court in Mumbai has held that since a 15 and a half year old girl had deposed that she was in love with the accused and had eloped with him voluntarily; the accused need not be punished despite the fact that he had sexual intercourse with the girl.

The judge needs to be educated that the provisions of the act as they stand provide for stated punishment for the accused if he has any kind of penetrative sex with a girl below 18 years of age, even with her consent and active participation. The consent of the girl is immaterial as the Act has decreed that the age of consent in India is 18 and before that girls are presumed to be incapable of giving their consent for any sexual act.

Shockingly, Judge Rizvi said that the girl was of "understanding mind and had voluntarily gone with the accused at several places and had sexual intercourse with him and she also wanted to marry him". This shows that the judge has wrongly interpreted the provisions of the act. If 15 and half year old girls were considered of âunderstanding mindâ wouldnât the lawmakers have reduced the age of consent to 15 while drafting the POCSO Act?

POCSO Act has had a rough ride till now. Despite the Act providing strict timelines, cases are dragging on. Conviction rate is very low. A High Court judge has even questioned Sec 29 of the Act, saying that it needs to be discussed why the onus of proving his innocence should lie on the accused, turning earlier criminal jurisprudence â where an accused was presumed innocent till proved guilty â on its head.

One feels that while some NGOâs are doing excellent work in educating parents and children and even partnering with the police to spread awareness so that more people come forward to report sexual crimes against children, the judges also need to be educated about the thinking that went behind POCSO. They also need to be told that the provisions of the Act need to be applied with strictness if it is to be effective.