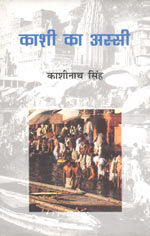 Should Films Mirror Society or Be Sanitized?

Should Films Mirror Society or Be Sanitized?

Editor-in-Chief of indiacommentary.com. Current Affairs analyst and political commentator. Writes for a number of publications. View all posts by this Author
The unnecessary controversy surrounding the film Mohalla Assi was largely avoidable. Two things need to be kept in mind before taking sides on the issue:-

1. The movie is based on the book Kashi Ka Assi by Kashi Nath Singh, who is a Sahitya Academy award winning author, and it is considered as a literary classic.

2. The character who mouths profanities is not shown as Lord Shiva but as a man dressing up as the deity and fooling gullible foreigners.

When one considers the fact that the book was written in 2004, it contains more profanities than shown in the film and there has never been any protest against it, one wonders why a different yardstick is being applied for the film.

We are increasingly witnessing a phenomenon where self-styled guardians of society are trying to sanitize how it is presented or portrayed on screen. Filmmakers are under pressure to present what is actually happening around us in a more palatable manner.

A reading of the book shows that the writer has succinctly put into words the milieu that exists in Varanasi, especially around the famed Assi ghat. Idlers and masqueraders employ every trick in the book to fleece tourists, especially the white skinned ones. The profession of some is to dress up as Lord Shiva. They earn their livelihood by masquerading as the deity. These elements smoke and drink openly, use vulgar words when talking with their friends and acquaintances, including shopkeepers in the area. The kind of language Singh has shown being used in the book would have classified it as verbal pornography if the book was not about a city and its people. If that is what is par for the course on the ground in the locality of Assi ghat in Varanasi, how can one wish it away or hide it by putting pressure on a filmmaker to delete certain portions in the film.

If the society is so concerned about Lord Shiva mouthing profanities, it should prevent mortals from dressing up as one. The filmmaker is just showing the reality. It is the people who are masquerading as the deity and behaving in the manner they do who should be seen as offending sensibilities or insulting Hinduism.

The chairman of the CBFC can direct that 34 (or for that matter 3400) words cannot be used in films as they are considered to be abusive or objectionable. But when one is roaming the streets of India, one hears more abusive and objectionable words being used by the common people in their everyday conversation. Some of the words have become so pervasive that a single sentence is often laced with one or more of those words three to four times. It is not as if only comparatively uneducated use such language. The business class also spells out the MCÃ¢â¬â ¢s and BCÃ¢â¬â ¢s without abandon. Ã¢â¬ËItemÃ¢â¬â ¢ and Ã¢â¬ËmaalÃ¢â¬â ¢ are most commonly used across colleges in India to denote a hot girl. The equivalent English words are not spared in conversations between the convent educated and the MNC or IT sector employed. So why is there an objection in allowing the same to be shown on screen? In fact, if a sanitized scene is shown in films, one often wonders who talks like that in India.

What is the Censor Board trying to prove by banning these words? That they are not spoken in India? The correct way is to certify the film according to its content. The CBFC exists for that, not for deleting content. If a film can hurt the sensibilities of adolescents, it should be so certified that they cannot watch it. But by asking a filmmaker to tailor his movie for a particular audience, the CBFC is exceeding its brief. India should move away from being an intolerant society, especially when it comes to showing the warts that exist in it. Indian films were often accused of being unrealistic, escapist and trying to create a make believe world in the past. Now, when exciting new talent has emerged to make films that mirror the society, there is objection to that too. As a society we have to decide what we want Ã¢â¬" let talent flourish to gag it.