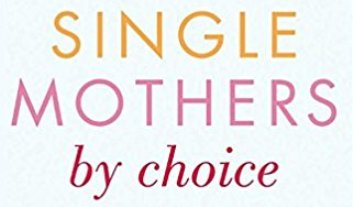 Single Mothers And Father's Name Of The Child

Single Mothers And Father's Name Of The Child

Editor-in-Chief of indiacommentary.com. Current Affairs analyst and political commentator. Writes for a number of publications. View all posts by this Author
In a huge boost to single mothers who become pregnant through intrauterine fertility (IUF) treatment involving sperm donation the Chennai High Court has directed that the chief health officer of the district to refrain from insisting upon the fathers name for issuing a birth certificate and leave the column blank.

The case that came up for hearing involved a woman who had separated from her husband though mutual consent. Later she took the help of a sperm donor and underwent IUF treatment to give birth to a girl. The clinic where the child was born put her companions name in the fathers name column as he had assisted her during her pregnancy. Based on that, the Trichy Corporation issued a birth certificate bearing the same name as fathers name. The womans efforts to get the name deleted was rejected on the grounds that fathers name, even if erroneous, could only be rectified and never removed.

It just shows the unchanging attitude of society towards single mothers that the first HC order was not honoured by the Trichy Corporation that rejected it on the grounds that the registrar of births and deaths was the competent authority to do the needful. When faced with a new situation, most government officers will pass the buck and it happened in this case too. The woman approached the court again and this time the judge specifically restrained the officer from demanding the name of the father and directed him to issue the birth certificate by leaving the column blank.

With society still frowning upon single mothers, this is but a small, though significant, victory for them. In any case, the Assisted Reproductive Technology Bill, 2016 provides that the sperm donors name or address will never be disclosed to the recipient. Hence, when couples not able to reproduce go through that route, the male half can give his name as fathers name. But when single women wish to have a child through sperm donation, they can never give the fathers name. In fact, even if a single woman has a child by a biological father but does not wish to disclose his name, law should not force her to do so. The man should also be prevented from having any rights on the child if he is neither aware that he is the father nor has married the woman or helped her during her pregnancy. It should depend entirely on the wish of the woman if she wants to disclose the name of the father.

The court order is a small victory because when the child grows up, at each juncture, from admission to play school or crèche to school and for higher studies or jobs and even marriage, the woman will be faced with unbending attitude of society and institutions who still think that it is not a done thing for a single woman to raise a child on her own without the comfort and protection of a male provider or even a child to be without a father. She will have to approach the courts for redress at every point in her life.

Hence, the time has come for the government to enact a law on the subject that makes it non-mandatory for providing the fathers name. Laws should reflect changing mores and since more and more single women wish to experience motherhood without yielding their freedom to the restrictions imposed by marriage, all legal restrictions that prevent them from doing so should be removed. All forms of all kinds for all purposes should ask for the name of either of the parent. There should not be an insistence on giving the family name, which should be made optional. Also, if a single woman marries post giving birth to a child through IUF and if the husband is willing to give the child his name, there should be an inbuilt provision that his name should be inserted in the fathers name column by providing a simple affidavit. As a logical extension, if the husband is not willing to give the child his name, no department or institution should be allowed to demand the fathers name from the child just because the woman has married. A comprehensive law should be enacted on the subject to prevent harassment of both the mother and the child and protect their rights.