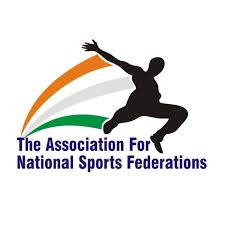 It is a matter of shame that bureaucratic bungling and the casual way in which the legal team of the Union sports ministry treated a Delhi High Court order to file affidavits has resulted in the withdrawal of recognition to 57 national sports federations (NSFs) in India. Without recognition from the ministry, these federations will not be eligible for financial grants and assistance for training and competition. The sports fraternity was reeling under a huge crisis due to the pandemic and the lockdown and sportspersons were just about getting back in shape after training in stadiums was allowed last month. Now this news will come as a bolt from the blue to those who were not taking the PIL filed by senior Supreme Court lawyer Rahul Mehra calling for a probe into the functioning of various sports bodies in the country seriously.

That the High Court was taking the PIL seriously is evident from the manner in which the court had been issuing directions and calling for replies and affidavits from both the sports ministry as well as the Indian Olympic Association (IOA) who have been made parties to the case. On February 7, the court had called upon the sports ministry and the IOA to file affidavits to show what steps they were taking to either recognize or derecognize the NSFs or creating ad-hoc governing bodies in them. It had also directed that no fresh recognition could be given without the express permission of the court. Either the legal team of the ministry and the IOA did not brief those in power properly or the bureaucrats ignored the advice and went ahead to grant provisional annual recognition to NSFs vide a letter on June 2, 2020, without informing the court or approaching it for directions as per the February 7 order.

The court was furious that recognition was granted without its permission and ordered that it be revoked. The ministry and the IOA have decided to file a Special Leave Petition before a larger bench to set things right. But it is a clear proof of lack of concern and bungling that things came to such a pass. If the ministry had filed affidavits asked for by the court in its February 7 order and sought directions regarding the grant of recognition, things would have unfolded smoothly. Fortunately, there are no international competitions now due to the pandemic and training has also not started in real earnest, otherwise, it would have been disastrous for Indian sport and would have ruined the prospects of many sportspersons. The ministry must conduct an inquiry and take action against those who were responsible for this bungling.