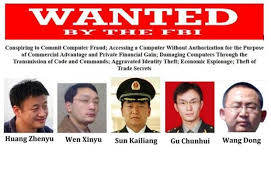 Citing a report by a US company that was first reported by the New York Times, Indian media has reported that RedEcho, a Chinese threat group, might have planted malware in key power plants in India in a bid to cripple power supply and distribution in India. It is believed that the activation of such malware was behind the massive outage of power in Mumbai in October last year. Recorded Future, a US-based company that analyses online digital threats, detected the flow of malware. The report has been shared with the government.

It is no secret that state-sponsored organizations in China are indulging in destabilizing financial, power and other utility systems in many countries and are also involved in stealing customer data and mapping customer preferences through malware installation in Chinese apps. It was for this reason that the Centre had banned several Chinese apps during the border stand-off with China.

Although all countries are now building secure and robust computer systems, but dedicated hackers have a way of entering into the most secure systems in the world. These hackers can get through several layers of security by infecting systems with state of art viruses and malware. Cyber security specialists all over the world have their hands full in fighting these state-sponsored infiltrators.

China has embarked on a four-pronged strategy to establish its hegemony in the world. In the first, it uses its money and business power to prey on smaller countries, and even medium-sized, and take control of their economies. In the second, it devises schemes like the Belt and Road initiative to gain clear routes and access for its products worldwide. In the third, it embarks upon territorial expansionism by eyeing the territories of its neighbours and the sea routes in its vicinity. Finally, it indulges in cyber warfare to target vital national infrastructure of other nations.

Countries all over the world have to unite in impressing upon China to desist from such cyber warfare during peace time as it has the potential of causing immense hardships to the common citizens of other countries. Further, such targeted disruptions can play havoc with world markets also. For instance, if Chinese hackers were to disrupt the Indian financial markets, the reverberations would be felt worldwide. Hence, China should be asked to dismantle its state-sponsored apparatus for online attacks on other countries.