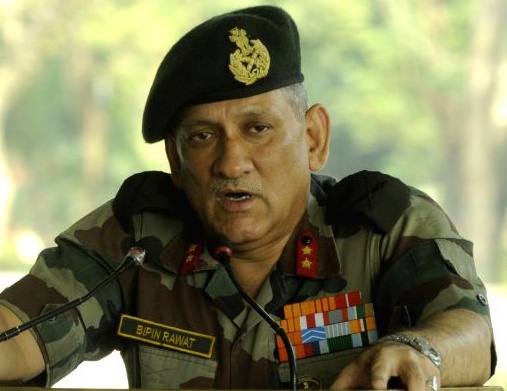 Editor-in-Chief of indiacommentary.com. Current Affairs analyst and political commentator. Writes for a number of publications. View all posts by this Author
A needless controversy has been raised over the appointment of Lt. General Bipin Rawat as the next Chief of Army Staff. It has been claimed that giving seniority a go-by, the government has superseded several officers to appoint Lt. Gen. Rawat. Some have even claimed that this was done in order to avoid appointing a Muslim, Lt. Gen. P M Hariz as chief in the near future. This just shows people will stoop to any level to criticize any decision of the NDA government.

Supersession of officers is nothing new in the armed forces (read an excellent article, Supersession in forces not new: Why the fuss? by Abhijit Bhattacharya, on the subject in Deccan Chronicle). All previous governments have done it. Seniority basis of appointment is flawed. At any given time, there are several officers in the armed forces who are of the same rank. They might be separated by some months in their order of joining, but in combat experience, valour and merit, they are almost at par. It is the prerogative of the government to choose the army chief from within this pool. If the government has now decided that Lt. Gen Rawat fits the bill perfectly in the present circumstances, it must have taken the decision with due care and deliberations. It borders on pettiness to question the motives of the government in this regard.

What is even more disgusting is how some people have chosen to add a communal colour to the controversy. To say that the government has elevated Lt. Gen. Rawat only because it did not want Lt. Gen Hariz as the army chief some months from now is to impute a nefarious motive to it. No government of a secular democratic country that has a free and vibrant media and other institutional checks is capable of doing things like that on a regular basis. People with an agenda against the government should leave the armed forces alone. Otherwise, one of the very few professional and disciplined institutions we have in our country will also be brought into the mainstream of the corrupt and politicized. That will be a very sad and dangerous day for the nation.