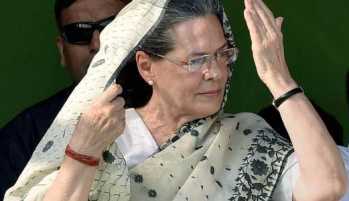 View all posts by this Author
It is both a spin-off of the mores of our patriarchal society and a result of the ugly remarks that count as political discourse in the country that Sonia Gandhis nationality is still questioned. She is the grand daughter-in-law of a prime minster, daughter-in-law of another prime minister, wife of still another prime minister and it is extremely likely that her son, or even daughter, will become prime minister in future. Yet, the BJP loses no opportunity to question her Italian origins and hint that she is not truly Indian.

This is in extremely bad taste. Rahul Gandhi is right in saying that his mother is more Indian than many people. Being Indian does not come through birth. That is but a way by which one can be an Indian citizen and earn the right to live and work in the country and enjoy the rights bestowed on citizens in the constitution. But it does not make you an Indian. That has to come from within.

How many of us live here and curse the country but never do anything to improve the situation? How many of us leave to study abroad and never return or return when our best days are behind us? How many of us still dream of a cushy life abroad? How many of us betray our country on a daily basis by fudging taxes, selling military secrets, bringing in smuggled gold or even drugs, publishing 'fake' news, spreading hate messages on social media, bribing officials to get our illegal work done or worse. How then are we more Indian than Sonia Gandhi who could have pressurized Rajiv to settle abroad? Yet she chose to make India her home, stood by her husband in his hour of grief, stoically bore his assassination, raised her children well and when the time came for her to assume the prime ministers chair, elevated Manmohan Singh to the post in the interest of the nation. How then is she not an Indian or a lesser Indian than any other person?

Even otherwise, in our patriarchal society, once a girl marries into a family, she is supposed to become a part of it. Her surname also changes accordingly. It is children borne by her that carry the family name ahead. To treat her as an outsider just goes on to show the disgusted mentality of male chauvinists. Let them say what they want. The people of India had already accepted Sonia as one of their own when they voted in large numbers for the UPA in 2004 knowing full well that she was most likely to become the prime minister if the alliance won a majority.