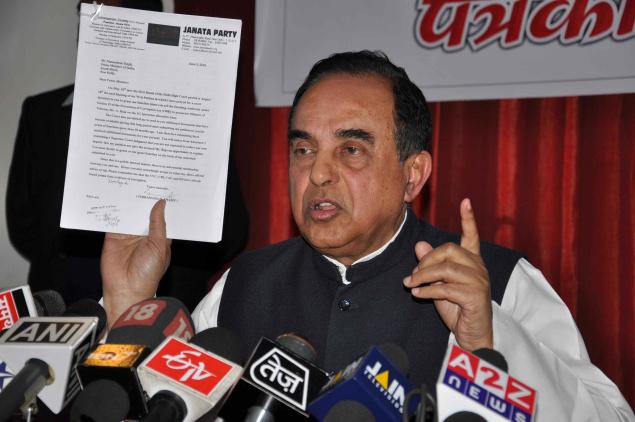 Editor-in-Chief of indiacommentary.com. Current Affairs analyst and political commentator. Writes for a number of publications. View all posts by this Author
The champion of filing cases against corrupt practices, maverick politician Subramanian Swamy, has fallen prey to regionalism. In the process, he has forgotten his principles and is supporting illegal and corrupt activity. Swamy has petitioned the Supreme Court appointed Lodha committee to reconsider its decision to ban the Chennai Super Kings (CSK) from the Indian Premier League cricket tournament for two years as it has hurt Tamil pride.

Calling the decision Ã¢â¬Åexcessively harsh on Tamil pride,Ã¢â¬Â Swamy said that Ã¢â¬Åon behalf of the nationalist Tamilians I shall be filing an application in the public interest before the Justice Lodha Committee to review and reconsider this part of his order.Ã¢â¬Â It seems that for once Swamy has allowed his Ã¢â¬ËloyaltyÃ¢â¬â ¢ to the Tamils outweigh his sense of propriety.

Instead of going after Meiyappan and Srinivasan and calling them a blot on Tamil society for indulging in blatantly illegal acts that brought disrepute to the region, Swamy is in effect condoning their wrongdoings. If Swamy thinks the ban on CSK is harsh on Tamil pride, it can also be said that what Meiyappan did and then what Srinivasan did to protect him and himself hurt Indian pride. What of that? Is Tamil pride on a higher pedestal than Indian pride?

The Lodha committee has followed the rules and come to a considered conclusion. In fact, one thinks that given the gravity of the offences, India Cements Ltd., its subsidiaries and Srinivasan and his family should also have been banned from having anything to do with cricket or cricketing events. Maybe Srinivasan is very lucky to have escaped punishment or maybe the Lodha committee has more ammunition up its sleeve.

One is very disappointed that Swamy raised the issue in the manner he did. For, he should have remembered that the IPL is not a region based official tournament of the BCCI like the Ranji Trophy. There is no regional pride involved. It is more like a club tournament where cities or regions were chosen to induce forced loyalty. The composition of the teams also does not warrant regional pride as there are players from all over the world. It would have been wrong even if he had pitched for the Tamil Nadu Ranji team if they had been found guilty of misdemeanor as grave as CSK. But his pitch for CSK is highly objectionable purely for the reason he has cited.

Swamy is trying to convert a legal judgment into a regional issue. It has the potential of blowing up into an ugly faceoff. It was not expected from a politician of SwamyÃ¢â¬â ¢s standing.