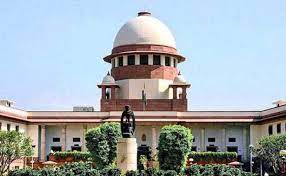 The Supreme Court on Monday took up cudgels on behalf of junior lawyers when it broached the subject before three senior lawyers. The court asked Kapil Sibal, Mukul Rohatgi and A M Singhvi whether they should not be giving a chance to junior lawyers to appear before vacation benches and argue cases. The answers provided by these senior lawyers were revealing. Kapil Sibal said that there were "dharnas" outside his house, alluding that it was client pressure that forced him to argue cases instead of assigning a junior. Mukul Rohatgi insisted on arguing the case and the bench did not allow him to do so through video-conferencing (he was not in Delhi) and the case was adjourned to a later date. AM Singhvi said that this can be done only if the court makes a uniform rule that no senior advocates would be allowed to appear before vacation benches. He also suggested that the lawyer fraternity should have a self-rule and senior advocates must exercise self-restraint.

Although what the court suggested is good as otherwise junior lawyers do not get many chances for practical experience of arguing before the court, Singhvi's suggestion is also sensible. For, there is cut-throat competition and if a senior lawyer deputes his junior in a particular case only to find that a senior lawyer is arguing for the opposite party he or she risks the ire of the client. There is immense pressure on senior lawyers from clients to personally argue cases as they command exorbitant fees. Rightly or wrongly, clients feel cheated if they find that a junior has been assigned to the case. But this is something that the lawyers have to change. They have to educate the client that preparing a case is teamwork and once the line of argument has been decided upon, a junior can argue the case as effectively. Senior lawyers are mentors and role-models and they must provide opportunities to their juniors to gain practical experience. For this, they must convince their clients, have a self-rule and exercise self-restraint as suggested by senior lawyer AM Singhvi.