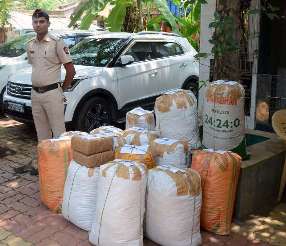 In a majority judgment, the full bench of the Bombay High Court had ruled that the police did not have powers to seize immovable property under section 102 of CrPC in the case Nevada Properties Pvt Ltd vs State of Maharashtra. When appeals were preferred in the apex court, the case was referred to a three-member bench as it was felt that the issue was of great importance.

The relevant portion of Sec 102 of CrPC says that "Any police officer may seize any property which may be alleged or suspected to have been stolen, or which may be found under circumstances which create suspicion of the Commission of any offence." The question before the court was whether "property" here included immovable property too.

It is clear from the above that the court has made a clear distinction between the immovable property itself and the documents/papers of such property. In allowing the seizure of such documents, the court has inferred that they could be alleged or suspected to have been stolen or maybe found under circumstances which create suspicion of the commission of any offence and hence be a part of any criminal investigation. But the same cannot be said of the immovable property itself.