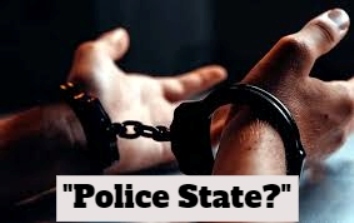 The Supreme Court came down heavily on the habit of investigating agencies to make indiscriminate arrests. It said that this shows a colonial mindset and also gives the impression that India is a police state. A bench of Justices MM Sundresh and Sanjay Kishan Kaul asked the government to enact a law to restrain investigating agencies from arresting accused unnecessarily.

The rule is that if the charge against the accused does not warrant a punishment of more than seven years in jail, he or she should not ordinarily be arrested. The Supreme Court has directed investigating agencies in this regard many times, most specifically in Arnesh Kumar vs State of Bihar. Then the unwritten rule is that if an accused is cooperating with the investigation, is not likely to flee or is not likely to threaten witnesses or tamper with evidence, he or she should not be arrested as a matter of routine.

But the ground reality is completely different. Investigating agencies blatantly ignore Supreme Court directives and whenever a criminal case comes up, their first action is to arrest the accused, regardless of the fact whether the charge merits a punishment of over seven years in jail. The court also observed that the conviction rate is very low and Indian jails are full of undertrials who are spending more time in jail due to delays in justice delivery than the maximum punishment for their alleged crime would have warranted. The courts are also guilty of allowing this by most of the times not granting bail to the accused, ignoring the maxim 'bail, not jail'. The inconsistency in court orders regarding bail has made investigating agencies arrest-happy as they seek custodial interrogation which is unnecessary if the accused is cooperating. If bail is expressly granted in cases where the Supreme Court has said arrests should not ordinarily be made, the investigating agencies will get the point and stop making unnecessary arrests.

Although it will help if a comprehensive law is enacted (as suggested by the apex court) to prevent unnecessary arrests and lay down rules for granting bail, the courts can rectify the situation by being consistent in granting bail and not allowing the pleas of investigating agencies for custodial interrogation if the rules the Supreme Court has repeatedly set are satisfied. All accused need protection from arrest if they cooperate with the investigation, are not likely to abscond, threaten witnesses or tamper with evidence. Investigating agencies must not be allowed to use their power to arrest as a tool of harassment.