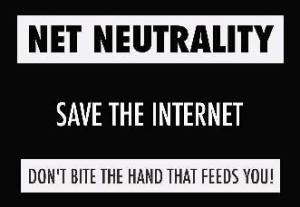 Editor-in-Chief of indiacommentary.com. Current Affairs analyst and political commentator. Writes for a number of publications. View all posts by this Author
Have you been receiving a sms in Hindi asking you to support Ã¢â¬Åfree internetÃ¢â¬Â in the last few days? Please do not give a missed call on the given number in support.

This is nothing but a backhand attempt on the part of telecommunication companies to garner Ã¢â¬ËsupportÃ¢â¬â ¢ for their zero plans that seek to restrict use of internet in the garb of providing you with free service.

You will not be required to pay monthly charges, but your internet experience will undergo a sea change as you will not be able to access websites on demand, or even if you are able to, pages of those sites will open at an excruciatingly slow speed to test your patience.

The zero plan benefits no one except the telcos and those sites that sign up to pay them fancy amounts to let consumers access them at high speeds.

The telcos say that this will not happen. But can we take their word for it? For, those websites who pay them will ensure that this is exactly what happens. No one will pay them if a competitorÃ¢â¬â ¢s website has equal access. Zero plans are nothing but censorship in disguise.

The telcos and their supporters say that the consumers should have a choice to access the internet free. Yes, but then they must also be informed that what they are getting into. They should be told that if they get into the zero plan, they will get access to Facebook, but Twitter will have limited and slow access, or vice versa or whatever the telco has lined up. They will need to be told that maybe their bankÃ¢â¬â ¢s app will not open on their mobile as it will not be a party to the telcoÃ¢â¬â ¢s zero plans. Let us see how many consumers opt for the said plan then.

The telcos cannot say that the zero plans will not be abused. For, in the recent Supreme Court decision on Sec 66A, the Court had quoted from an old English judgment to say that Ã¢â¬Åif such powers are capable of being exercised reasonably it is impossible to say that they may not also be exercised unreasonably.Ã¢â¬Â That is the catch. For some time, the telcos might exercise the power of plan zero reasonably. But greed and the lure of more profits will make them exercise it unreasonably sooner than expected. They cannot be allowed to do so.

Further, those opposed to the zero plans had been doing so upfront Ã¢â¬" by either drafting a petition for support on Change.org or sending signed emails to TRAI. This backhand attempt to garner support by the telcos just goes to show that they have a lot to hide and are hence asking for Ã¢â¬ËmissedÃ¢â¬â ¢ calls in support.