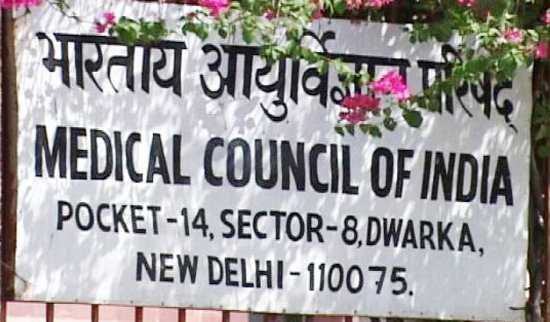 Editor-in-Chief of indiacommentary.com. Current Affairs analyst and political commentator. Writes for a number of publications. View all posts by this Author
If the Medical Council of India (MCI) itself is terminally ill, how can it ensure that the people of the country will remain healthy? The parliamentary Standing Committee on Health has found gross irregularities in the functioning of the body and has recommended a new Act to totally revamp it, warning the government that failure to do so immediately might result in total collapse of health services in the country in the very near future.

Some people might remember that not very many years ago, the president of MCI, Ketan Desai, was arrested on graft charges in 2010. He was caught accepting bribe to sanction a medical college. The current president, Dr Jayshree Mehta, has admitted before the committee that the body was still plagued with widespread corruption.

MCI has two broad functions. Under its first function, it sanctions setting up or expansion of medical colleges in the country, also deciding on the number of students they can admit based on their infrastructure. Under the second, it is supposed to keep a watch on medical practitioners to ensure that they follow ethical rules of the profession.

In a telling evidence of its complete failure, the committee found that the ratio of doctors to population in the country was much below 1:1000, a figure recommended as minimum standard by WHO. It also found that medical colleges in India were allotted in a whimsical manner, leading to a situation where 58% of medical seats have been cornered by just 6 states. It was also seen that the quality of doctors coming out of sub standard colleges not having the required infrastructure left a lot to be desired.

The committee also found out that doctors continue to accept âbribesâ in cash or kind from pharmaceutical companies to prescribe their brands. MCI has completely failed to induce ethical or professional spirit in medical practitioners across the country. It is a toothless body that overlooks irregularities by imposing penalties.

The committee has recommended that the MCI be disbanded. A new and robust Act, to replace the much-tinkered with Medical Council of India Act, 1956, incorporating the best practices from around the world, should be enacted. The new body should not be composed entirely of doctors to multi-dimensional. It should be given powers to hand out punishment harsh enough to act as a deterrent.

These are all very sensible recommendations. The government must act fast. Already, an earlier report by the same committee on the woeful state of the countryâs drug controller has been put in cold storage. This has serious implications for the health of Indiaâs citizens. On the one hand India is striving to become the number one destination for medical tourism while on the other the government is tardy on acting upon repeated advice to clean up the mess in the health sector. It is antisocial to establish state of the art medical facilities for rich foreigners while letting the poor of the country suffer at the hands of poorly educated and unethical medical practitioners.