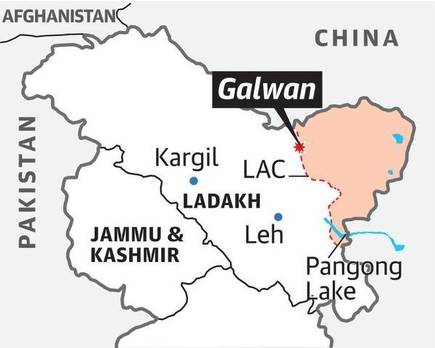 The Chinese Always Say Something And Do Something Else

The Chinese Always Say Something And Do Something Else

Despite rightly engaging China in diplomatic negotiations, the Indian government is skeptical of China's response. For, the Chinese always say something and do something else. Recently, despite agreeing to disengage and initiating the process at many points, they tried to build a structure in the occupied portion of Galwan Valley and indulged the Indian troops in bloody clashes. And now, even as the talks are going on, new satellite pictures show that there has been no let-up in the troops build up along the LAC and the Chinese are even building new structures in the occupied part of Galwan Valley.

China will also take umbrage at the anti-Chinese sentiments running high in India with various trade bodies asking companies to boycott products from China. The government is also taking a stricter stand vis-a-vis Chinese products with containers piling up at Indian ports. The Centre has also asked vendors on GeM to clearly mention country of origin for the products. Several government departments have put contracts with Chinese companies on hold. Another sore point is the Indian decision to put the construction of various roads leading to the LAC on the fast track. With investments by Chinese companies already banned and with India taking stands that go against China on several issues including the spread of Covid-19, the Chinese are royally miffed with India.

Hence, the escalation of the dispute at the LAC is nothing but a pressure tactic. The Chinese will keep flexing their muscles and troops will be amassed at the LAC to keep India on tenterhooks. They will also try to instigate other neighbours. While Pakistan has always been on their side, they have influenced Nepal recently and are now trying it with Bangladesh. Hence, India has to be very careful during the negotiations. The first and foremost condition must be restoring the status quo ante as it existed in April 2020 before the Chinese started their current misadventure. India has been insisting upon this and should do so more forcefully now. This disengagement process should be made verifiable by both countries and a mechanism must be put in place to avoid future conflicts of similar nature. Additionally, India must make it clear once and for all that Galwan Valley is non-negotiable and Chinese claims over it are mischievous and untenable.