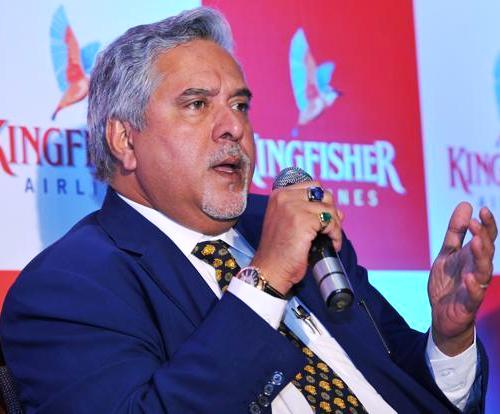 The Curious Case of Vijay Mallya

The Curious Case of Vijay Mallya

Editor-in-Chief of indiacommentary.com. Current Affairs analyst and political commentator. Writes for a number of publications. View all posts by this Author
Vijay Mallya always maintained a very high public profile â in fact, the kind of businesses he was running, it can be said that he thrived on being in the limelight. But, for once, the lenses are on him for entirely different and unsavoury reasons. The man has quietly left the country after racking up debts of over Rs 9000 crore. The legal and political drama being played out after his âescapeâ shows the establishment in very poor light. By establishment, one means the entire apparatus including the government, the opposition parties, the banks and even the Parliament.

Anyone who has even a small understanding of how businesses are run will know that a huge sum like Rs 9000 crore cannot be run up as debt in a single day or single month or even a single year. Mallya has been regularly fooling the banking system. With the tacit backing of his many admirers across the political spectrum, he has managed to so segregate his affairs that despite having bombed companies like Kingfisher Airlines in his business portfolio, his other businesses and assets have not been touched all these years. Compare this to the problems faced by a small businessman whose business is locked up without giving him any opportunity to restructure even if he misses just three or four installments on his loan. There is a saying in Rajasthan that if one steals at all; one should steal big so that one can pay off investigators. Mallya, and other corporate hotshots who default on big loans are following the saying. The assets of small borrowers are confiscated in a jiffy â the authorities know they will not be able to pay bribes, while the big borrowers are allowed the luxury of ârestructuringâ their loans while maintaining their luxurious lifestyles. More often than not it is a case of banks throwing good money after bad in a comical bid to recover loans.

The Congress, which is crying itself hoarse alleging government complicity in allowing Mallya to leave the country, should realize that Mallya build his nefarious money sucking empire during their regime. In fact, Kingfisher Airlines stopped operations when the UPA was in power. What did it do to alleviate the hardships of thousands of Kingfisher employees? Did it take over one of Mallyaâs villas, auction it and pay their dues? No it did not and it could not have done it. There is something called due legal process in the country. Cases have to be filed and courts order need to be taken. During the Congress regime, only restructuring of loans was done. The banks continued to pour in money in Mallyaâs businesses during the UPA regime even though it was clear he all his assets would not be enough to repay his debts. Now under NDA, the banks are at least pursuing him for recovery. The only mistake the banks made was not to have had Mallyaâs passport impounded by the court.

It speaks a lot about our parliamentary democracy that a habitual defaulter continues to be a member of the Rajya Sabha, a forum that is called âthe House of Eldersâ. No MP, not even from the Left, has ever raised this issue in the house. How can they when, cutting across party lines, the august houses are full of people with criminal antecedents? It is regrettable that a person who has duped the countryâs banking system to the tune of Rs 9000 crore, who has failed to pay the dues of his employees and who continues to maintain a high flying lifestyle was allowed to sit in a house where maximum members swear by the poor of the country. Mallyaâs is not an isolated case. There are many others who have looted the country in the name of setting up business enterprises. There is something stinking in the way businessmen are evaluated and loans are disbursed. If the system is not overhauled soon, we may have many more Vijay Mallyaâs and the banks would continue to groan under the weight of unpaid loans.