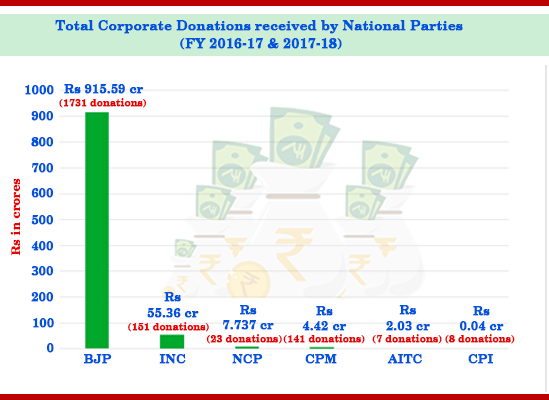 The electoral bonds are once more in the news. An RTI activist has taken pains to bring out information for a scheme that was devised to provide donors with a shield of anonymity. Acting on that, the Association of Democratic Reforms (ADR) has filed a fresh application seeking a stay on the scheme. It needs reminding that the earlier application for a stay filed by ADR in 2017 is still pending. The ADR said the need for a fresh application arose after the new revelations.

The efforts of the activist yielded the information that the Election Commission (EC) had objected when the government wanted to introduce the electoral bonds scheme by objecting to the amendments to the Finance Act, 2017. Even the RBI had objected to the scheme. But the government overrode all objections to notify the scheme. An analysis by the ADR shows that electoral bonds worth Rs 6128cr have been sold in the period between March 2018 and October 2019. Of this, the major part, or 78%, or Rs 4794, was sold between January and May 2019. The BJP received 95% of the funding through this route.

The only reason that one can think for the government's continued insistence that the electoral bonds in their present form are transparent and a big electoral reform is that the BJP is the biggest beneficiary of such funding at present. Otherwise, any instrument that is sold payable to bearer without disclosing the name of the payer can never be transparent. The government harps on the fact that since the bonds can only be purchased through banking channels, they cannot be purchased with black money. Hence, they will reduce the use of black money in elections.

image courtesy: modified from an image at ADR website