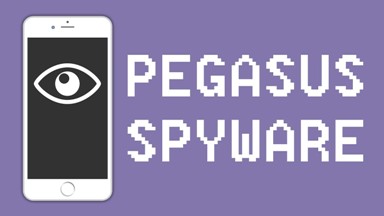 If the Opposition charge that the government has used the Israeli software Pegasus to snoop on lawyers, activists and other citizens is true, it marks a new low in the dirty tricks that have become the hallmark of Indian politics. But it is extremely doubtful that those said to be affected would invite such an extreme measure from the government as they are neither very prominent nor handling issues that are sensitive enough for such a response. But it is also a mystery who else would indulge in such a misadventure as the software is extremely difficult to get and very costly.

To update readers, Pegasus is spyware made by Israeli company NSO Group that is capable of inserting a piece of malware in any phone through the social app Whats App. This malware can then be used to gain total control over the targeted phone to read, record and download all its content including social media chats, sms and phone calls. It can also be used to track the phone by reading its GPS data and operate the camera of the phone to see where the target is and who he or she is talking to.

Readers might say that the internet is full of companies selling spyware and one can spy on any phone using them. The difference between Pegasus and the other spyware is that for the others, you need access to the target phone, even if for five minutes, as you have to download and activate the spyware in that phone. Pegasus inserts the malware remotely. The other difference is that if you are not careful enough, the target might come to know that he or she is being spied upon as some messages might flash on his screen from time to time. With Pegasus, it is impossible for a normal person to know that his phone has been hacked. Finally, the major and clinching difference is that Pegasus is not for sale to any Tom, Dick or Harry. It is mostly sold on a company to government or institution basis. Further, it is prohibitively expensive for common use, with the company charging nearly Rs 5 cr for hacking just 10 accounts.

In the past, the spyware has been used in the US, Mexico, Bahrain, Saudi Arabia, UAE and against Amnesty International worldwide. Whats App has said that Pegasus has been used to target journalists, activists, lawyers, political dissenters, diplomats and government officials, among others. It has already filed a lawsuit against NSO Group in the US Federal court, alleging that the company was actively involved in hacking encrypted messages of users.

In India, the spyware is alleged to have been used against lawyers and activists including lawyers Ankit Grewal and Shalini Gera who are representing the accused in the Elgar Parishad case, Bela Bhatia, human rights activists, Rupali Jhadav, Kabir Kala Manch member, Seema Azad of PUCL and Vivek Sundara, a social and environmental activist, among others. This is hardly a list of names that the government of India would be concerned enough to snoop on by using Pegasus. The government has already sought an explanation from Whats App as to how this happened. Since these people were affected (and there may be others whose situation has not been detected yet) the government must try to unravel the mystery.