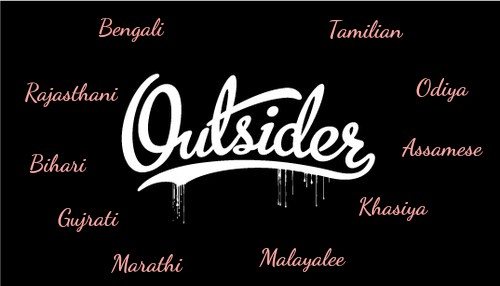 Time To Bury The Outsider

Time To Bury The Outsider

Editor-in-Chief of indiacommentary.com. Current Affairs analyst and political commentator. Writes for a number of publications. View all posts by this Author
The very idea of creating states on the basis of language or ethnicity gives rise to the idea of the outsider, or someone who does not belong. But whichever the state, an Indian is an Indian. Already, there are several restrictions on buying land in place for people other than those domiciled in the state for a given number of years in many states like J&K and all states of the North-East. The idea of India will be defeated if a Punjabi is treated as an outsider in Meghalaya, as it recently happened. The state witnessed days of curfews and clashes in which even senior police officers were attacked when a minor scuffle between a local Khasi and a local Punjabi snowballed into a major issue that raised questions about outsiders bossing over the ethnic population. Meghalaya had already witnessed ethnic antagonism that had seen people from Bengal and Bihar leave the state in large numbers in the sixties and the seventies.

Elsewhere, Maharashtra sees periodic drives against the so-called bhaiyyas or people from Bihar and UP. In the sixties, the Naxals had made living hell for non-Bengalis in Kolkata and other parts of West Bengal. That thread was revived in the late seventies by a fringe outfit that called itself Amra Bangali. It tired to enforce a linguistic hegemony by painting shop boards in languages other than Bengali with black paint and targeting non-Bengalis. The movement was an alarmist response to the problems being faced by Bengalis in the North-East. But it fizzled out as it did not receive public support and the administration dealt with the miscreants with a firm hand. The idea of an outsider, however, received a measure of respectability during the prolonged agitation against foreigners in Assam in the 1970s.

But India is changing. For instance, boys and girls leave West Bengal for higher studies to places such as Bangalore, Hyderabad, Gurgaon, Delhi, Mumbai and Noida, among others. Sensing better opportunities elsewhere, they opt for campus placements and seldom return back permanently to their home state. The same is happening with young people in the North-East and other states. There are thousands of north Indian students in colleges and institutes in south India and likewise, there are thousands of south Indian students in colleges and institutions in north India. In that sense, the whole of India is becoming truly cosmopolitan. Hence, there is no place for an idea like that of an outsider now. It is just that petty local politicians inflame passions and create disturbances. The administration must educate the people about cosmopolitan behavior and deal with all such instances swiftly and with a firm hand.