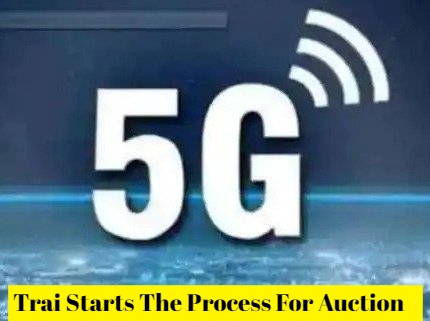 The Telecom Regulatory Authority of India (Trai) has started the process of ushering in 5G telephony in India by making detailed recommendation of spectrum auction (expected to happen later this year after the government vetting process is complete and the Union cabinet nod is received) in the desired and other bands to the government. It has done so after carrying out a detailed review of the feedback it received from stakeholders and taking stock of the industry.

Trai has recommended that all available spectrum in the 700MHz, 800MHZ, 900MHz, 1800MHz, 2100MHz, 2300MHz and 2500MHz bands be put up for auction. In addition to that, new spectrum bands of 600MHz, 3300-3670MHz and 24.25-28.5GHz will also be put up for auction. Trai has thus recommended the sale of over 1 lakh MHz of spectrum at a base reserve price of Rs 7.5 lakh crore. It has also recommended the sale of 700MHz spectrum at a discount of 40% from the last auction as the band had failed to attract buyers in the last auction. It has taken a similar view of the 600 MHz band. Trai feels that companies will bid at lower prices and that will help in improving the quality of telecom services in the country.

The Trai recommendations are good but experts feel that given the fact that per user revenue of telecom companies in India are among the lowest in the world, the regulator could have gone for more liberal pricing. They also pointed out that spectrum pricing in India is also higher than that prevailing in more mature markets and needs to be brought down. The government must now take a decision fast and allow telcos to bring 5G to India at the earliest.