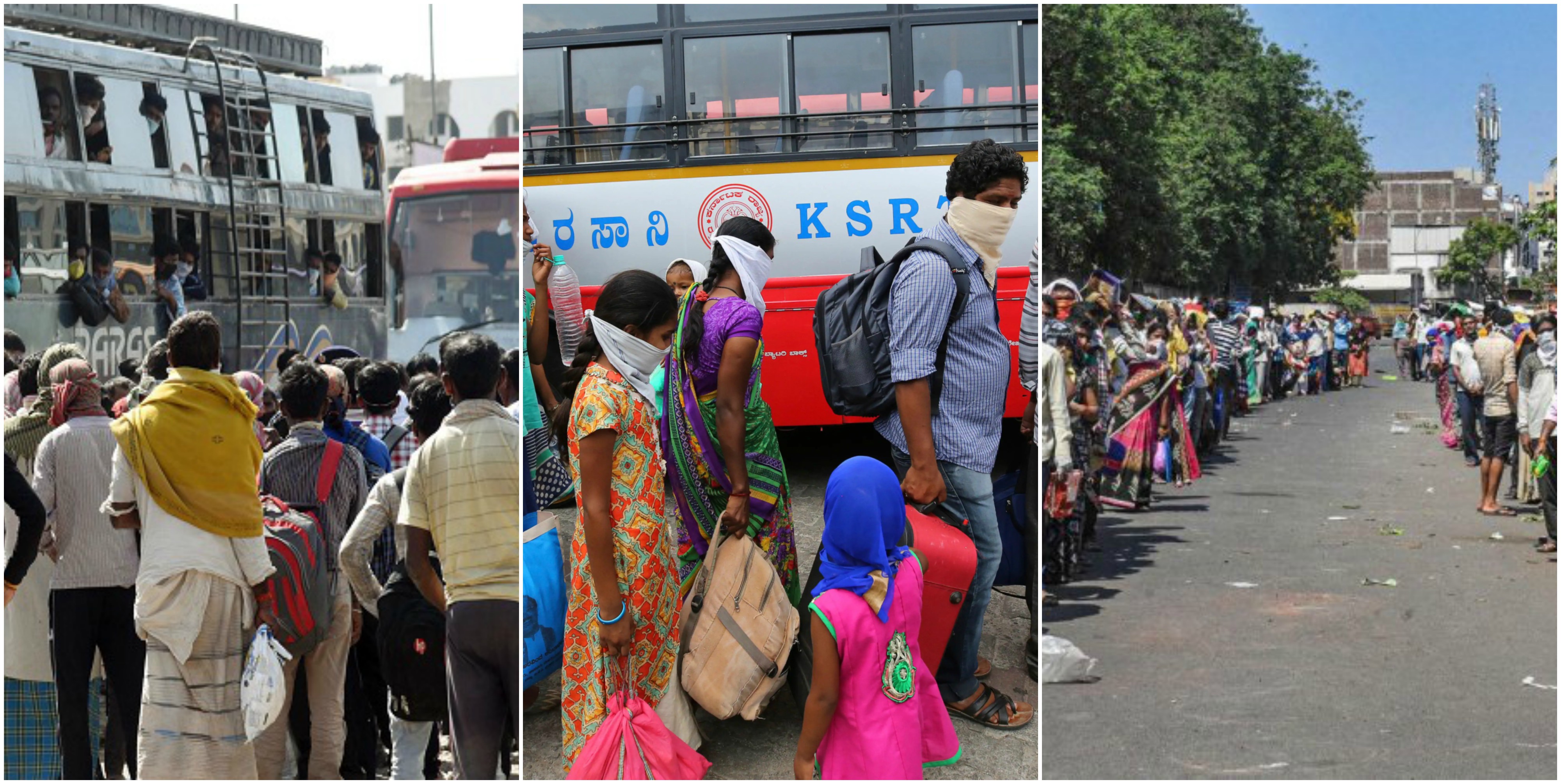 No sooner has the return of stranded people started that the fears that they might be carriers and might spread the virus have come back to haunt the country. In a well-publicized issue, the government of Punjab has accused its counterpart in Maharashtra of sending back pilgrims stranded in Hazur Saheb in Nanded 'intentionally' even though the latter knew that they were corona positive. Maharashtra has, of course, denied the charge. But one fails to understand how more than 135 pilgrims from the 183 tested on Thursday and 167 out of 500 tested on Friday (as reported in various agency reports) were found to be corona positive?

The Centre has prescribed a strict protocol when stranded people are being sent back to their homes. They have to be thoroughly screened and in case of any doubt, held back and tested for the coronavirus. Then how could such a large number of corona positive persons manage to escape the net at Nanded? Were they not screened properly? Was social distancing not properly followed in the buses? Is it possible that they were asymptomatic in Nanded (and hence escaped detection during the screening) and developed full-scale symptoms during the journey to Punjab? There must be an inquiry into the episode to bring out the truth.

This is just one such case. Reports are also pouring in from other states. Several migrants returning from Maharashtra were found to be corona positive in UP. This signals that a bigger problem is in the making. There are several states that have done commendable work in controlling the spread of the virus. Odisha is one of them. Hence, despite Kerala being equally successful, the government in Odisha is apprehensive about the return of thousands of migrants from that state. The story is the same all over the country. While every state is concerned about the distress being faced by migrant workers from its state now stranded in other states and would ideally like them to return to their families, these states are also worried that they might carry the virus home and would negate all that has been achieved in breaking the chain for the last two months. The Centre has to ask sending states to be stricter and follow the protocol diligently. Otherwise, the humanitarian crisis that is being addressed by allowing the stranded persons to go home will deepen as it might result in community transmission of the virus, the very thing India is trying to avoid by imposing successive lockdowns.

On the other hand, states like Karnataka and Telangana, eyeing an immediate resumption of economic activity from May 4, have appealed to the migrant workers not to return to their home states but stay back and earn a living. "It is my sincere request to all the migrant workers to stay back and cooperate with us", said Karnataka chief minister BS Yediyurappa. This is an earnest appeal but one is not sure whether the workers or their families, fearful and uncertain about the future, would heed it. Having led a destitute-like existence for the last 40 days, the migrants are not much concerned about jobs or money in the short term. They just want to go back home and be with their families. The underlying sentiment seems to be that decisions about the future will be taken once the virus goes away and in consultation with the family and probably the gram panchayats. Hence, this is one more crisis that is brewing. Economic activity will start in large parts of India from Monday but there will be a huge, even crippling, shortage of workers.