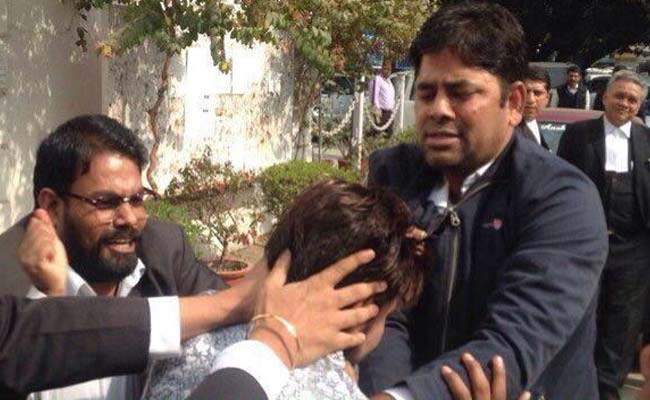 Editor-in-Chief of indiacommentary.com. Current Affairs analyst and political commentator. Writes for a number of publications. View all posts by this Author
Picture courtesy: ndtv.com

Now, the government is overreacting. Slapping sedition charges indiscriminately is the very reason why the archaic sedition law needs to be deleted from the statue books. The country has made a strong statement by saying that abuse of national honour will not be tolerated. It is one thing for students to discuss and debate the policies of the government, criticize them and start a movement to get the government to roll them back. It is quite another to abuse the nation and eulogize those who wish to harm it. A line has to be drawn somewhere and this line should be drawn when debate and discussion go veering towards anti-nationalism.

But what the government and its supporters are now doing is also crossing the line. Students have had and will continue to have an alternate view on most issues. They have to be respected for that as long as it is not anti-national. If everyone starts thinking in the same manner, the world will become a boring, one-dimensional place. Surfeit of ideas and opinions is what makes a society vibrant. Having shown that anti-nationalism will not be tolerated, the government should now back-off. The sedition charges, which were wrong in the first place, against Kanhaiya Kumar should be dropped. The siege like situation at JNU must be withdrawn and there should be no witch hunting. Students should be allowed to study and normalcy should be allowed to return to the campus.

There is no place for violence in a democratic society, whatever the provocation. The ugly scenes witnessed at Delhiâs Patiala House court, where a BJP lawmaker and his supporters beat up JNU students, professors and mediapersons were distressing, to say the least. This is not the way to show patriotism. If people were shouting anti-India slogans, they should have been captured on camera and complaint should have been lodged with the police. There is no justification for physically harming a person holding an alternate view. Bring him to justice if he abuses the country, but through judicial process and not by breaking his limbs.

The likes of BJP leaders Vikram Singh Chauhan and O P Sharma are mistaken in thinking that their zeal is patriotism. It is hooliganism. Chauhan had no business shouting âanti-nationals go to Pakistanâ and beating people. His attitude pre-supposes that all those gathered there were Muslims, which is a big mistake. They were students and professors of JNU and a majority of them, regardless of their religion, were there to support the arrested students. O P Sharma says the beating up was a natural reaction. It is a sad reflection of the times we live in that a âresponsibleâ law maker can say such a thing. For this is what gives a licence to the goons these leaders employ under the guise of party cadres to unleash violence on unsuspecting citizens. If netaji says so, it is not wrong. Such leaders cannot be allowed to hijack the issue. If the administration can arrest students for being anti national, these leaders should also be arrested for rioting and disturbing public peace.