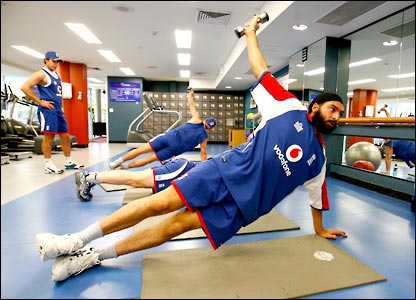 Unfit Players Have No Place in Cricket

Unfit Players Have No Place in Cricket

Editor-in-Chief of indiacommentary.com. Current Affairs analyst and political commentator. Writes for a number of publications. View all posts by this Author
This article was first published in Cricket Today (February 2017 issue)

Cricket has evolved into a fitness sport with the advent of the shortest version of the game. Gone are the days when the field was dotted with overweight cricketers who were fielded in places where the ball was seldom hit or in the slips. Erapalli Prasanna, Gundappa Vishwanath, Bishan Singh Bedi, to name just a few, in the past and Romesh Powar and even Yuvraj Singh, Amit Mishra and Rohit Sharma in recent years, have been found to be overweight and unfit.

Indian teams of yore had players who never hit the turf. The joke was that they were afraid their flannels would get dirty. But in reality, they were overweight and unfit and had trouble bending. Several times one would see players bend half-heartedly and let the ball pass between their legs. Fitness was never a priority and coaches would more often impart an apology of a fitness drill. There was no emphasis on balanced diets and regular workouts. Weight maintenance was unheard of.

During the 2011 tour of England, Andrew Flintoff had sarcastically remarked that unfit Indian cricketers were popping out of their shirts. He had also commented that it seemed that the Indians had got their kits out of the garage and questioned their shabby warm up routines. They were treated as unkind words at that time, but they showed the true mirror to the Indians.

Indian and other cricketers from the sub-continent (Arjuna Ranatunga and Inzamam Ul Haq in particular) have been the butt of jokes worldwide for their paunches. There is no doubt that without a certain degree of fitness, no cricketer can take the field for five continuous days in a Test match. But that pace is usually leisurely and the action is spread out in small bursts over the five days.

As cricket superstars were treated like demigods in the sub-continent, some of them considered it below their status to sweat it out on the field by going through drills they thought were a waste of time. I am scoring runs and hence I am fit was their common way of thinking. The paunch never shamed them and they had records to back. The cricket bat or ball was their dumbbell, bench press and treadmill combined and they never looked beyond that. They could have an extended go at the nets but would never think of going to a gym.

As first the ODIs and then the T20s compressed the action into a few hours and converted it into a high voltage affair, the demands on the fitness levels of cricketers underwent a sea change. After Indias humiliation in the T20 World Cup in the West Indies in 2010, skipper Mahendra Singh Dhoni raised the fitness issue with the BCCI. Coach Gary Kirsten was furious with the fitness and commitment level of the supposed superstars and prepared a damning report of the tour. He named eight overweight players and said three players were totally unfit to play international cricket.

The shorter formats of the game make tremendous demands on the bodies of the players. While talent and form was often enough to make one successful in Test cricket where liberal use of substitute fielders afforded some of these cricketers to take rest, the changed dynamics in ODIs and T20s meant that unfit players started to stand out like sore thumbs. Further, with fit youngsters knocking on the doors of selection and changed thinking that favoured different teams for different formats, most of these overweight superstars could not take their place in the team across all formats for granted.

In the shorter formats, fielding assumed an elevated status. Runs saved became runs gained. Acrobatics and slides on the field became commonplace and the unfit and the overweight had nowhere to hide. Contribution on the field started to be treated as equal, if not greater, an element in selection as proficiency with the bat or the ball. Specialist fielders who could bat well were picked ahead of specialist batsmen who were a liability on the field. Even that the superstars could have ignored as few T20s were played. But the emergence of cash-rich and high profile tournaments like the IPL changed things forever. Money talks and when the money is as big as the stupendous sums being paid for rank newcomers who are fit and agile in IPL auctions, the superstars were knocked out of their reverie. The importance of fitness, agility and weight management dawned on them belatedly.

The change in M S Dhoni is a prime example. Despite being supremely fit and an aggressive runner between the wickets, Dhoni was not carrying the ideal weight on his body. But recently, we are seeing a transformed Dhoni who has lost a few kilos and become slim. He seems a few years younger for that. Yuvraj Singh has also lost a lot of weight (some of it might have been due to his unfortunate illness)and the earlier flabbiness has gone to reveal a toned body. These players have now come to recognize that fitness will first make them survive and perform in all formats and then allow them to play for a longer time span.

Every sport makes different demands on the bodies of players. Cricket used to be played only in winters previously. Hence, the players played like amateurs and got extended periods of rest. Most players did something else for a living. But since the game is now played throughout the year and players have become professionals, most of them earn their bread and butter from the sport only. Hence, they have to take care of their bodies so that they do not miss out. Fierce competition for team places means that if a player is not fit and suffers an injury, someone else will pounce on his place. That will make it difficult for the injured player to wrest his place back.

Coupled with this is the increased realization among the administrators of the game that player fitness is something that needs a lot of investment. There are specialists for each area of fitness. There are doctors who specialize in sports medicines. There are specialized physiotherapists. They are not fancy addendums but necessary for the well being of a team that is expected to perform day in and day out. Hence, the BCCI has attached. Gone are the days when a local masseur would thump the bodies of players to relieve soreness. Today, players need to be looked after well if they are to stay in shape. Now, the support staff is an important element of the team. Coaches today are more concerned about player fitness and form. It is a given that if a player is in a national team, he obviously has the talent to be there. Coaches spend more time in ironing out difficulties, counseling if there is loss of confidence or working on known deficiencies. Apart from that, the entire focus is on fitness. Players are advised workouts depending on their body structure and their role in the team. They are given diet charts which they are expected to adhere to at home too. Other weight management tips are provided. All this is closely monitored by the support staff.

Like all other sporting activities, cricket has also become a gladiatorial sport (minus the savagery, of course) where the paying public, on the grounds as well as on worldwide television, expects the players to be in top nick always. The players themselves are concerned that lack of fitness will reduce the number of games they play and even curtail their careers. The administrators know that if top players are not kept fit through a strict regime that is closely monitored, the paying public will lose interest in the game. Hence, there is a welcome all round emphasis on fitness that is taking the game to a higher level.