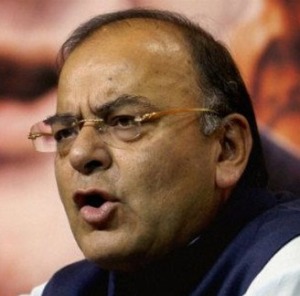 Union Budget 2015-16: Doing Much Without Seeming to do Anything

Union Budget 2015-16: Doing Much Without Seeming to do Anything

Editor-in-Chief of indiacommentary.com. Current Affairs analyst and political commentator. View all posts by this Author
The common man will not understand the implications of the 2015 Budget presented by Arun Jaitley although it has many things that directly impact both the middle and the marginal class. This is simply because tax exemption limit has not been raised, the tax rates have not been reduced and the slabs have not been changed. After hearing so much about India being the country with the least tax free threshold, the man on the street was hoping to get the threshold up to Rs 3 lakhs. Instead, he was saddled with an increased service tax, up to 14% with an additional Swachh Bharat cess of 2% from the 12.36% that existed previously. Are these acche din, he is bound to ask?

But is it always more money in hand currently that spells acche din, or is it moving towards empowerment that will increase earnings, bring about new jobs, create better infrastructure and ensure greater social security that will bring acche din? The people have to search their souls for an honest answer to this question.

The finance minister has laid the ground rules. He will make investments in infrastructure simply because only the government seems to be capable of executing large projects Ã¢â¬" if required under the PPP model, which itself will be revisited. He will provide for social security through pensions with contributions from earning citizens. He will provide health cover Ã¢â¬" again with small contributions from citizens. He has allowed small concessions now Ã¢â¬" like increasing the deduction for medical insurance and doubling the transport allowance. He admitted that the fiscal space did not allow him to go for more, which he promised would come as and when the economy was stronger. He indicated that lower rates with lesser exemptions would be the flavor in future.

For the first time, a finance minister had the guts to admit that there was no point in collecting a tax where the cost of collection was higher than the total tax collected. Very wisely, Jaitley abolished Wealth Tax. Instead, persons reporting incomes over Rs 1 crore will pay an additional two percent over and above the maximum marginal rate. In a single stroke, the FM will simplify procedures, increase tax collection and avoid fruitless litigation. A side effect will be bragging rights that this government is not for the rich as it will tax them more. He has also come down hard on black money, outlining his governmentÃ¢â¬â ¢s zero tolerance in this regard.

He has promised to bring down the corporate tax from 30 to 25% in four years. This will be done concurrently with the phasing out of exemptions. This will make the tax regime non-adversarial and compliance will be higher. The time limit for availing credits under Cenvat has been increased to 1 year from 6 months, allowing businesses huge flexibility and peace of mind as leakages due to not claiming in the 6 month timeframe will be prevented. The controversial GAAR has been pushed back, a strong indicator that it might be scrapped eventually. The MAT on foreign institutional investors has been scrapped, private equity funds have been allowed to get foreign investors to contribute in local funds and those setting up real estate infra funds will not be required to pay tax on property transfers.

There are several such measures that would spur investment, make India a better place to do business in, bring about transparency and a stable and non-adversarial tax regime. This will ensure rapid and incremental growth. This is a Budget that has given a lot to the man on the streets without actually giving him anything. He is still scratching his head to make sense out of it.