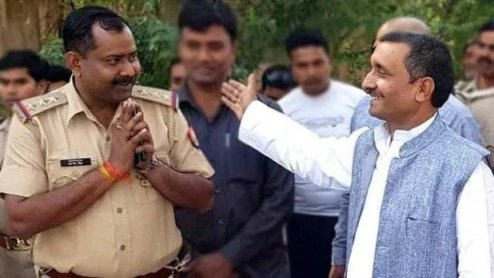 Unnao Rape Case Verdict: Showing The Good And Bad Of Systems In India

Unnao Rape Case Verdict: Showing The Good And Bad Of Systems In India

The Kuldeep Sengar rape case shows all that is good and bad about the Indian administrative, political and judicial systems. That a rape victim was made to run from pillar to post and had to threaten to immolate herself outside the residence of the UP chief minister before her complaint was lodged showed the apathy of the administration and the political system. That the Supreme Court had to intervene to get things in line showed the lack of powers and the complete ineffectiveness of the lower courts. That the Supreme Court had to transfer the case to Delhi showed that even the highest court in the land was not sure whether the lower courts in the states are immune from political interference and worse. But when it managed to direct the court in Delhi to complete the hearings and pass the verdict in 45 days and when that did happen, it showed that the judiciary can dispense impartial and fast justice if it is allowed to function independently.

The political and administrative systems tried their utmost to silence the victim. For two months after the crime, the girl and her family were threatened with dire consequences if they reported the matter to the police. The unequal status of the two adversaries - the perpetrator a powerful politician, formerly with the ruling dispensation in the state (some say he was still a member of the BJP when he committed the crime and was expelled after the crime drew widespread outrage across the country by backdating the same) and the victim a minor (then) girl from a poor, disadvantaged family. The perpetrator had connections in all layers of the political and administrative machinery and used them for many months to prevent the girl and her family from lodging a complaint. He even tried to get the girl killed in a road accident but she survived (her two aunts had died in that accident).  But she was made of stuff sterner than he had bargained for. Battling all forms of apathy, disdain, scorn and threats, the girl did lodge a complaint and managed to secure justice.

The police did their bit in confirming the fact that rape victims in India are treated like dirt. Apart from refusing to register her case, it has been reported that the police did Sengar's bidding by trying to dissuade the girl's family from filing an FIR by highlighting the problems they would face from Sengar and his associates. They picked up her father under the Arms Act and he died in custody under mysterious circumstances. The CBI also faced the ire of the Supreme Court which pulled it up for not filing the charge sheet in the second case in time (the girl had alleged that Sengar's associates had picked her up a week after the first crime and gang-raped her again) and for not following victim-friendly procedures during the probe.

The case also brought into focus the need for urgent judicial and police reforms and the need to insulate the two from political interference. It also showed that despite several measures taken by the Supreme Court and the changes in the rape laws to make them more stringent (post the outrage after the Nirbhaya case in Delhi), rape victims still have to face all kinds of hurdles in trying to secure justice. This makes one think whether there should be women police officers dedicated to attending only rape cases in all police stations of India. These officers should be sensitized with all aspects of the rape law, including the victim-friendly aspects they should adhere to during the probe.  Also, should there be a special bench or benches in the lower courts that will hear only rape cases? These judges should be given a crash course in the rape laws and the relevant Supreme Court judgments and the several directives the apex court has issued and issues from time to time in this regard. That would ensure speedy investigations and fast trials. For, in the end, rape cases will come down only if the perpetrator knows that he will be punished fast if found guilty.