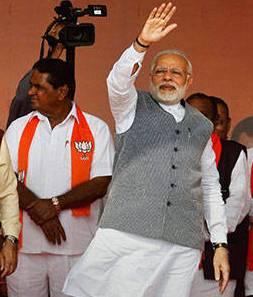 Unsubstantiated Charges Do Not Win Respect

Unsubstantiated Charges Do Not Win Respect

Editor-in-Chief of indiacommentary.com. Current Affairs analyst and political commentator. Writes for a number of publications. View all posts by this Author
Prime Minister Narendra Modi has repeatedly made the charge that Pakistan is working with the Congress to defeat BJP in Gujarat. He has also said that a former Pakistani Army officer, Sardar Arshad Rafiq, has called for Ahmad Patel to be the next chief minister of Gujarat. In support of his charges, Modi has cited a dinner meeting that was held in the house of suspended Congressman Mani Shankar Aiyar on December 6 that was attended by Manmohan Singh, Hamid Ansari, ex Army chief Deepak Kapoor, Pakistani envoy, a former Pakistani foreign minister, other Pakistani officials and others. Although the Congress has denied the charges, it has said nothing to deny the meeting.

These are serious charges which Modi has leveled. Even in the surcharged atmosphere of election campaigning, no party can level charges amounting to sedition on another party or its leaders. If Congress is hobnobbing with Pakistanis with an agenda that includes influencing the elections in Gujarat, then it stands guilty of treason. But if Modi has made these charges without any solid proof, he has made a grave mistake which does not befit the office of the Prime Minister.

Just meeting Pakistani officials at a private dinner meeting does not amount to anything. If a former Pakistani foreign minister visits India and if he counts Aiyar as his friend, the latter will obviously hold a dinner in his honour. There is nothing wrong in that. One wonders how Modi got the information about what confabulations took place behind closed doors in Aiyars house that day. Perhaps there was a session of shairis and some jokes were cracked over drinks and a lavish spread. Or perhaps what Modi says is true. Then the prime minister will now have to prove his charges.

Indian political discourse has reached a level where anything goes. Nothing is sacrosanct and unsubstantiated charges fly thick and hard. Personal attacks are commonplace and gutter-level language is par for the course. But isnt it time to change things. The prime minister should take the lead as he speaks from a position of strength. He is a brilliant orator and does not need to stoop down to the level of a street fighter. He had mesmerized the people of India in 2014 by playing on their aspirations. Now he should share with them the efforts he is undertaking to make them live better. They will understand that better and respect him for it.