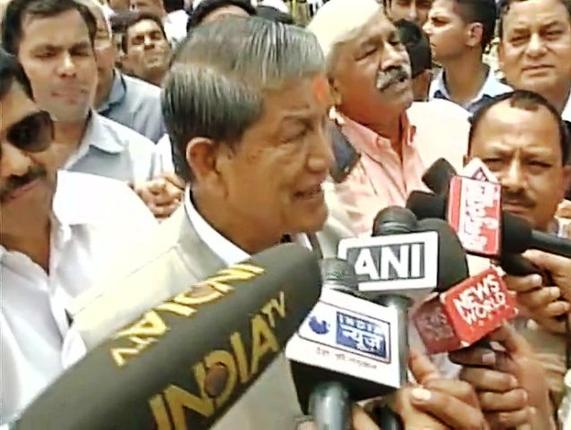 Editor-in-Chief of indiacommentary.com. Current Affairs analyst and political commentator. Writes for a number of publications. View all posts by this Author
Harish Rawat & Congress Win
With the curtains now down over the sordid drama of Presidentâs rule in Uttarakhand, it is the BJP which has egg on its face, with some crumbs falling on President Pranab Mukherjee too. Someone goofed up big time in the government in the first instance, prodded obviously by party handlers of Uttarakhand and then it got awful legal advice. The President on his part should have at least returned the file once to take a moral stand, although he had limited constitutional options and would have had to sign it if the government had sent it back.

Modi should walk the talk on federalism
Although the Centre took a correct stance that since nine Congress rebels voted against Harish Rawatâs budget and it could not be passed, his government was reduced to a minority, it should have waited a day for the floor test to happen before rushing in with the presidential proclamation. While it is true Article 356 is there in the Constitution for use, it cannot be used as per the whim of the ruling dispensation. There are the Bommai guidelines and other democratic and federal principles which should guide the Centre in such matters. Since Modi has been trying to tom-tom his federalist stance from all forums, his government must walk the talk.

The pot and kettle are both black
Although the Congress has scored a moral victory this time, it needs no reminding that in its more than 60 years of rule at the Centre, the party was responsible for misusing the Article umpteen times. The case of Bihar in 2005 is still fresh in public memory. It had given a moral shock to the then president APJ Abdul Kalam and the great man had even considered resigning over the issue. So even though the pot can now choose to call the kettle black, it is a fact that both are black. Hence, there should be a serious debate whether Article 356 actually serves the purpose for which it was included in the Constitution or is just a tool to destabilize unfriendly state governments. If it is the latter, has the time come to drop it altogether?