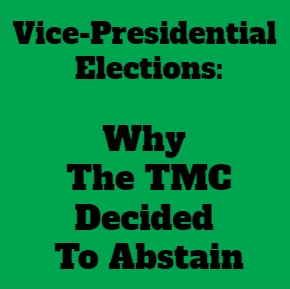 The 17 opposition parties, led by the Congress and the NCP, were wrong when they declared Margaret Alva's name as the 'joint' opposition candidate for the vice-presidential elections without consulting the Trinamool Congress (TMC), knowing well that it is one of the strongest party that opposes the BJP and its policies and Mamata Banerjee is spending a lot of time in bringing the opposition together. But what the TMC has said it will now do - abstain from voting in the said elections - is also not right. It makes it look petulant and takes opposition unity several steps back. Although the opposition parties are outnumbered in both the presidential and the vice-presidential elections, if the opposition was united and voted as per its strength, that would have provided a true picture of opposition unity. It would have also built a lot of goodwill among these parties which would have been good for future alliances.

The NDA had nominated former West Bengal governor Jagdeep Dhankhar as its candidate. So ideally, the TMC had the biggest incentive to take the lead and get the entire opposition to vote against him as the party had accused him of being a "BJP agent" as he was always at loggerheads with the state government in West Bengal. By deciding to abstain, it will only ensure that Dhakhar wins with a bigger margin and that there will be cracks in opposition unity.

It seems that more than the BJP which wants a Congress-mukt India, it is the TMC that wants a Congress-mukt opposition. It is joined by the AAP in this. Both these parties are aiming to capture the opposition space that is visibly being lost by the Congress in state after state. Hence, they are opposed to the Congress playing a leading role in any opposition initiative. As the Congress had taken the lead in getting the opposition together at Sharad Pawar's home for discussing about the vice-presidential candidate and had then ensured that Alva's name was hurriedly announced even though Mamata Banerjee was not consulted, the TMC has taken a tough stand. Although Alva has said that this is not the time for "whataboutery" and has appealed to the TMC to support her by shedding "ego or anger", it is clear that the party is not going to budge from what it has called a "principled" stand taken in view of the other opposition parties' "unilateral" decision without consulting it.