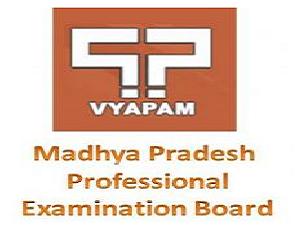 Editor-in-Chief of indiacommentary.com. Current Affairs analyst and political commentator. Writes for a number of publications. View all posts by this Author
The Vyapam scam in Madhya Pradesh is not a Ã¢â¬Åchoti si baatÃ¢â¬Â as BJP chief Amit Shah calls it. It is a massive scam allegedly involving the state Governor, several ministers in the BJP government (some say the trail leads to the top), judges, bureaucrats and assorted, shady middlemen. It involved leaking out papers for professional examinations for government recruitment, increasing marks of candidates, plum postings and transfers for cash where merit was given a big kick in the back. It involves mysterious deaths which are still being counted. How can it be called a small issue?

In fact, if one delves deeply into the scam, one sees the contours of a classic, copy book style operation. The trail starts with the chronic demand-supply mismatch in higher education in India. Lakhs of students chase the limited number of seats on offer in medical and other professional colleges. Even these seats are not available to most students as more than half of them are reserved for various undeserving candidates belonging to Ã¢â¬ËspecialÃ¢â¬â ¢ categories. This is a good breeding ground for corruption as there are hundreds of shady middlemen (maybe hangers-on of ministers and bureaucrats) who Ã¢â¬ËsetÃ¢â¬â ¢ insiders in these colleges, the state education department and the ministers to sell seats at anything between Rs 15 lakh to Rs 50 lakh, depending on college and course.

This is exactly what happened in Madhya Pradesh. Then, like a Bollywood movie, the bubble started to burst as whistleblowers came forward to disclose ugly details of how meritorious students were denied seats and capable and deserving candidates were not recruited as most were seats and positions were sold to the highest bidders. There were large scale proxy candidates who sat for examinations in place of actual candidates, and the biggest such scam came to notice with the arrest of several persons in Indore just before PMT 2009. Token arrests were made, chargesheets were filed, witnesses were registered and the Ã¢â¬ËindignantÃ¢â¬â ¢ MP government scampered to find scapegoats to save its skin. As investigations made little headway under the agencies of the very same government accused of the scam, demands for a CBI enquiry were raised. Then came the twist: witnesses started Ã¢â¬Ëdying,Ã¢â¬â ¢ not one, not two but scores of them. There is no doubt that all such deaths cannot be Ã¢â¬Ënormal.Ã¢â¬â ¢ There has to be someone who is trying to silence the witnesses.

The death of Dr Arun Sharma, Dean of N S C Bose medical college under mysterious circumstances in Delhi once again brought into focus how people either investigating the scam or registered as witness or reporting on the scam (just a day before, an investigative journalist with a Delhi based channel also died unnaturally just after interviewing the parents of a girl who had died mysteriously after her name figured in the same) are dying unnaturally. The number of deaths alone will not let any sane and concerned person say that it is a small issue. For, the deaths point to the fact that those behind the scam are trying to make the trail go cold at any cost.

The BJP is not earning any brownie points by shielding the guilty. If the trail leads to the top, so be it. In a further twist to the case, the SIT has seized CDÃ¢â¬â ¢s and other information from two accused that point to the involvement of a woman, being referred as Mantrani. The top leadership in Madhya Pradesh needs to be sacrificed at the altar of good and clean governance if they are guilty. The longer the BJP treats this as Ã¢â¬Åchoti si baatÃ¢â¬Â the more the people will show it that it was a very Ã¢â¬Åbadi baatÃ¢â¬Â when the state goes to the polls. As for Shivraj Singh Chouhan, he is losing all goodwill he had generated in the last ten years through good governance. If ChouhanÃ¢â¬â ¢s hands are clear, why is he hesitating in punishing the guilty? One big reason is that the people involved, apart from some biggies of the party, are fund raisers for the BJP. Who is stupid enough to close the cash tap? But in the end it will boil down to cash or votes. One is sure the BJP is going to rue protecting the guilty. For, even though public memory is short, this time around there is large scale discontent in MP over this scam. It is going to hurt BJP badly. One is amazed that a person of Amit ShahÃ¢â¬â ¢s acumen is not able, or willing, to read the writing on the wall.