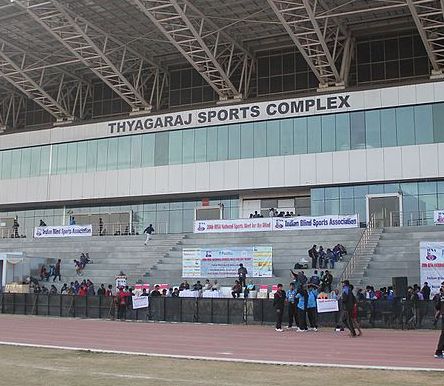 It is astonishing that the sense of entitlement and self-importance that officers in the higher echelons of the bureaucracy feel makes them do things that make others suffer. Pictures of juniors tying shoes laces of officers or getting vegetables and groceries have been uploaded on social media in the past. But what happened in Delhi was disturbing. A senior IAS officer couple of the Delhi government used their official position to order suspension of practice after a certain time at night as they needed to walk their dogs in the stadium.

The stated position of the Delhi government was that athletes could practice at government stadiums till 10 pm. But this particular officer couple - Sanjeev Khirwar and his wife Rinku, both 1994-batch IAS officers in the AGMUT cadre - used Thyagaraj Sports Complex to walk their dog by curtailing the practice time of athletes in gross violation of government orders. The couple has now been transferred by the Ministry of Home Affairs. Sanjeev Khirwar, who was principal secretary (revenue) in the Delhi administration, has been sent to Ladkah while Rinku Khirwar has been given a posting in Arunachal Pradesh.

It is amazing that these officers have the gumption to do such things in this age and time. They know that athletes have become serious and more aware of their rights and will not take things lying down. They also know that once the government has allowed practice till 10pm, athletes will probe if any curtailment is ordered. Still they misuse their official position for the most trivial of things.

The punishment postings given to the officer couple will perhaps deter others from misusing their position in this way. But the government needs to sensitize stadium keepers and make them aware of the process by which any curtailment orders are to be implemented. In this case it is clear that while no such order was passed by the Delhi administration following due process, the stadium keepers either followed an 'illegal' order by the concerned IAS officer without checking whether it was valid or were cowed down by his official position to submit to his whims by just following oral directions.