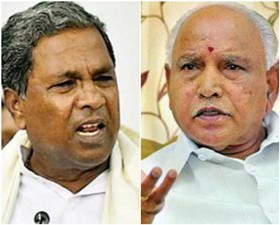 What Exactly Is Popular Mandate - Percentage of Votes Or Number Of Seats?

What Exactly Is Popular Mandate - Percentage of Votes Or Number Of Seats?

During the debate on the confidence motion in favour of the BS Yediyurappa government in the Karnataka assembly, Congress leader Siddaramaiah pointed out that with just 105 members in the house of 224, the BJP did not have the mandate to rule. But Siddaramaiah forgot that with just 80 seats for the Congress and just 37 seats for the JD(S) and with no pre-poll alliance, the two parties had ruled the state for 14 months by forming an unholy, post-poll alliance. Did they have the mandate to rule?

The 2018 assembly elections in the state delivered a fractured mandate. No party got an absolute majority. But a closer examination of the results shows that the Congress and the JD(S) were definitely rejected by the people. The Congress was the ruling party yet it fell from 122 seats in the 14th assembly to 80 seats in the 15th. Hence, it is clear that the intention of the people was to vote it out. The JD(S), on the other hand, remained an also-ran. It had 40 seats in the outgoing assembly which was further reduced to 37. Did the figures say that the Congress and the JD(S) had the mandate? Did the people ever expect to have HD Kumaraswamy as chief minister when they made his party win in only in 37 constituencies?

This is not to say that the people voted for the BJP to run the government. But still, it was the single largest party and had an upswing of more than 16% votes in its favour. The Congress can claim that the BJP got just 36.14% of the popular votes while it got 38.14% and hence it had more popular support, but that does not work in the first-past-the-post system of elections that India follows. It is the seats that matter and Congress was a clear loser there. Yet, with 38.14% popular votes, it was Congress' democratic duty to attempt to form the government in a fractured house. But where the Congress erred was in giving the top post to the JD(S), a party which had just 18.3% popular votes. The mantra then was to accept anything to keep the BJP out and when the JD(S) wanted its pound of flesh, the Congress high command caved-in. This resulted in friction within the Congress and it finally led to the fall of the government.

This is not to say that what the BJP did to break the alliance was proper. Luring away MLAs with a promise of reward goes against the spirit of the 10th schedule of the Constitution. With the MLAs having been disqualified by the Speaker, there are going to be protracted court cases and things are likely to turn messy. If the results in the bypolls are not in favour of the BJP, BS Yediyurappa's government is also not going to last long. In the political games being played in the state, it is the people who are suffering. The development of the state has taken a back seat as politicians fight turf wars.